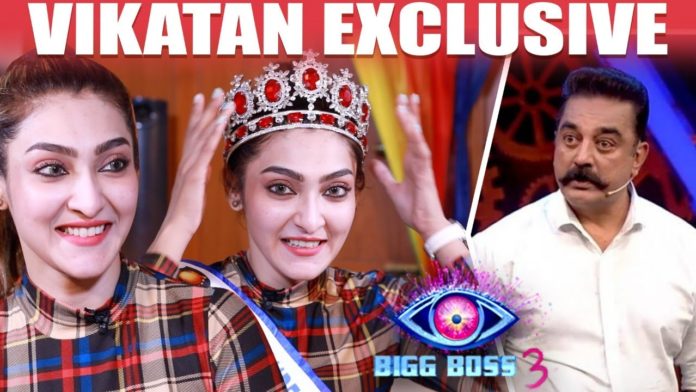 In today’s next Promo, Akshara angrily tells both Raju and Cibi not to come in front of her. It is noteworthy that the Bigg Boss house is currently undergoing a school task called ‘Kana Kaanum Kaalanga’ in which Cibi is given the role of strict warden. His performance has angered a few, including Priyanka and Akshara, as Cibi does exactly the character given to him in this position.

Akshara clashes with Raju, who came to speak in support of Cibi in the second Puramo, as Cibi and Akshara clashed fiercely in today’s first Promo.

It is contradictory to fellow contestants and the audience that Akshara angrily warns Cibi and Raju not to come in front of her and walks out of the garden area. Everyone thinks that Akshara should not be so angry without looking at the task as fun. Due to this, Akshara is likely to get fewer votes this week.

Also, Akshara angrily breaks a vase inside Bigg Boss house, and this is against the rules of Bigg Boss. This might result in her getting a red card and getting eliminated this weekend.