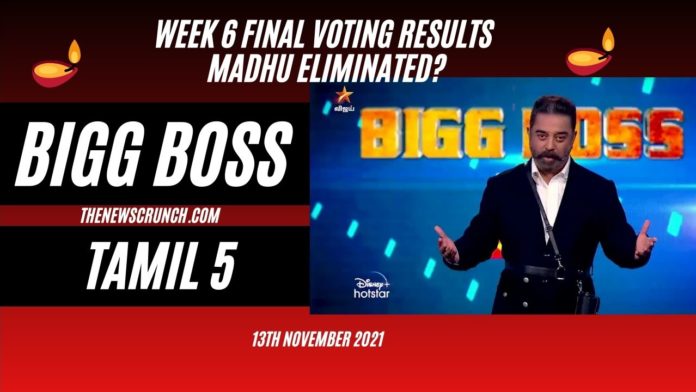 Bigg Boss 5 Tamil witnessed four evictions and one elimination so far. Suruthi, Nadia, Abishek and Chinna Ponnu are eliminated from the reality show so far. However, the limelight now falls on the week 6 elimination voting results which does not feature some of the stronger contestants

The performances during the fiery ‘Toy Task’ and the Bigg Boss Awards task between the housemates are the highlight of this week. Suruthi was eliminated last weekend while Namitha Marimuthu walked out due to controversial reasons. The lack of fan following is the reason for unexpected evictions in this season of Bigg Boss Tamil.