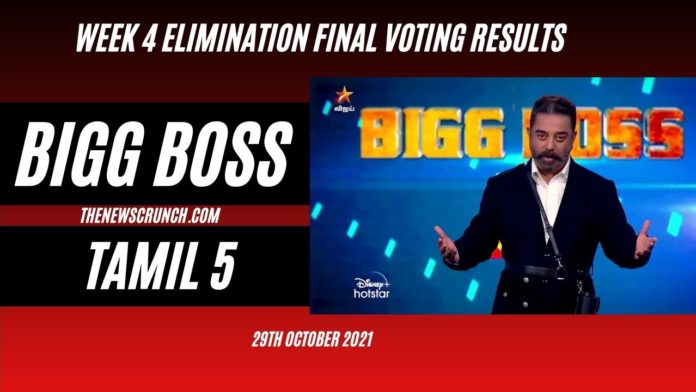 Bigg Boss 5 Tamil nears the closure of the fourth week amidst all the fights, strategy, and entertainment. The ‘Nagaram vs Naatopooram’ task is gripping the contestants as the race against eviction heats up. However, the limelight focuses on the fourth elimination of Bigg Boss 5 Tamil. The voting results window closed for the audience on Friday night.

The performances during the captaincy task and the luxury budget task between the housemates are the highlight of this week. Abishek was eliminated last weekend while Namitha Marimuthu walked out due to controversial reasons.