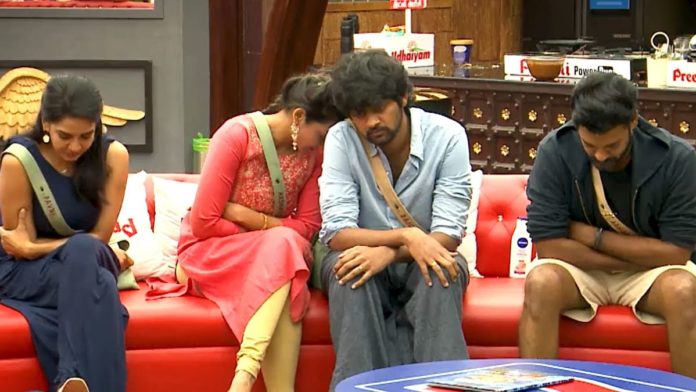 It is learned that information about the nominee will be released every Monday on the Bigg Boss show, and one of them will be eliminated on Sunday based on low votes. Bigg boss had announced last Monday that all contestants would be nominated but that the winner of this week’s task would be saved from the nomination.

Bigg Boss announced that Abhinay, Priyanka, Bhavani, Varun, Akshara and Raju had been nominated while Cibi, Nirup, Sanjeev, Thamarai and Aamir have been saved from the list.

It has been reported that one of the nominees, Abhinay, has been eliminated this week, according to earlier reports.