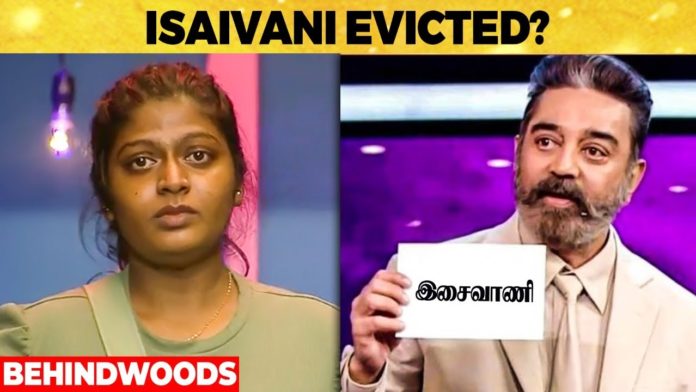 As the Bigg Boss show has been going on for the past month and a half, we’ve been seeing each week that those with the lowest number of votes are eliminated on Sunday.

It is noteworthy that Nadia Chang, Abhishek Raja, Chinna Ponnu, Suruthi and Madhumita have been evicted from Bigg Boss 5 Tamil. One of the nominees from this week includes Pavani, Iman, Abhinay, Cibi, Thamarai, Isaivani, Iki Berry, Nirup, and Akshara, will be evicted on Sunday.

According to reports, Isaivaani will be evicted from his home this week. She has received fewer votes as Isaivaani has been behaving to annoy the audience for the past few days. It is noteworthy that the Isaivaani will go out the next day as Abhishek Raja is re-entering the Bigg Boss house today as a wild card entry.