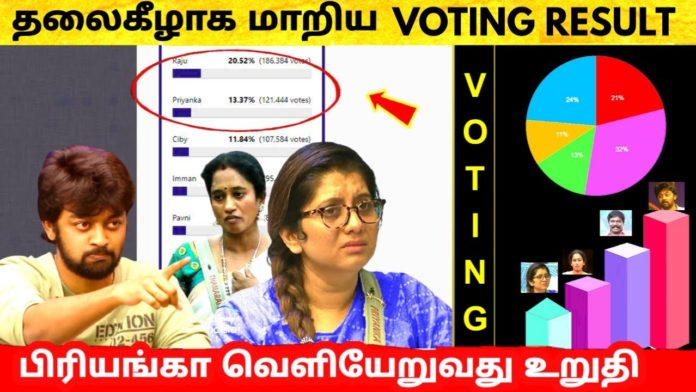 With ten contestants nominated for the Bigg Boss 5 Tamil elimination this week, information has emerged about the contestant leaving based on the lowest number of votes.

This week ten contestants were nominated for the elimination, including Cibi, Varun, Abhishek, Priyanka, Imaan Annachi, Akshara, Thamarai Selvi, Pavani, Abhinay and Raju. We have already seen the news that Abhishek, Abhinay and Varun were getting fewer votes, and one is more likely to leave.

It has been reported that Abhishek left the BB house this week based on a low turnout. Abhishek had already walked out on the 21st day of the Bigg Boss show, and since then, the Bigg Boss team has given him special permission again, but he is said to have got fewer votes as he did not get the attention of the audience.