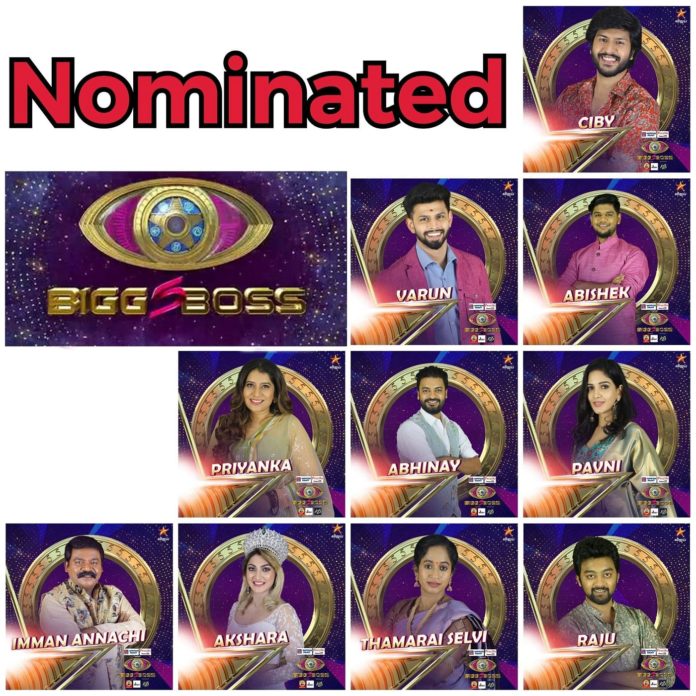 It is known that the nomination event will be held every Monday on the Bigg Boss show and a total of ten people have been nominated this week, and are Cibi, Varun, Abhishek, Priyanka, Iman Annachi, Akshara, Thamarai Selvi, Pavani, Abhinay and Raju.

It is noteworthy that only captain Nirupam and newcomers Sanjeev and Aamir have escaped the nomination. In this case, the information on the percentage of votes on who will be expelled from the nomination this week has been released.

Accordingly, Abhishek is leading the eviction list in terms of votes cast so far. That means Abhishek is likely to leave this week as he is the first person on the exit list to get just 3 per cent of the vote. He was followed by Varun, Abhinay and Tamara with the lowest number of votes.

Raju, who is on the nomination list, tops the list with the highest number of 20 per cent votes. He is followed by Priyanka, Cibi, Imaan Annachi, Pavani and Akshara. Will Abhishek, who was already ousted on the basis of low votes, be ousted this week as well? It remains to be seen.