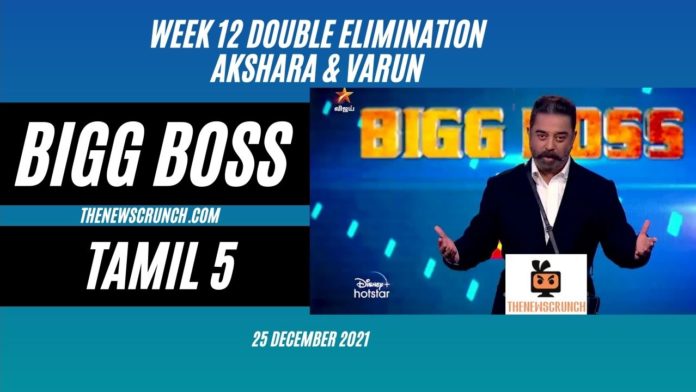 Bigg Boss 5 Tamil will feature an eventful weekend episode as the host Kamal Hassan discusses the negatives of each contestant in the confession room. On this note, the double elimination news will shock the audience as well the housemates.

Varun, Akshara and Niroop are trailing in terms of vote share in the Bigg Boss 5 Tamil voting polls for week 12. As a result, it was expected that Varun or Akshara will be eliminated this week. However, to the surprise of the audience, both Varun and Akshara are evicted from Bigg Boss 5 Tamil.