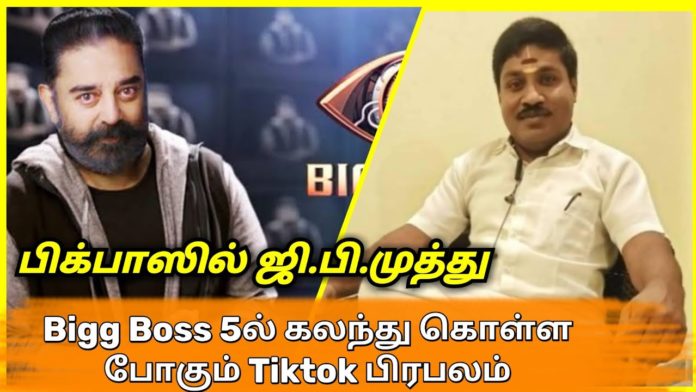 Bigg Boss Season 5 is about to start in October 2021, the same as last year, and the delay was due to COVID 19 second wave. Season 5 will be hosted by Ulaga Nayagan Kamal Haasan, with logo sources claiming it may air from October. Preliminary work is currently underway, and the official announcement of the show is expected later this month. It is also said that the selection of some contestants to attend the show has been confirmed.

In this case, the news and the list of those who will come as contestants in this show are going viral. Besides, a list saying ‘this is the list of proposed competitors’ is also circulating on the internet.


In this case, Vijay TV has posted on its Instagram page “Hello friends.” Our Netizens who saw this wonder if Vijay Tv is hinting at GP Muthu’s entry into the reality show? Also, in that post’s comment, some people are saying that GP Muthu is definitely going to be a contestant in BB5.

Netizens have been commenting that this year’s Bigg Boss, which is set to get off to a rousing start, will not be starved of fun with the famous verse ‘Chettapayale Narappayale’ in the new house, new contestants, and new problems.