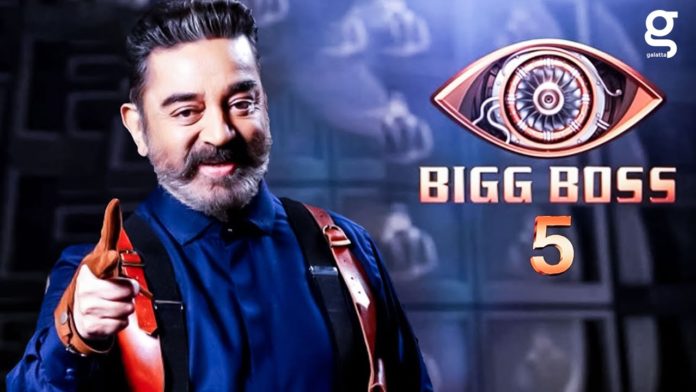 The 5th season of the iconic Bigg Boss reality show is set to begin in a few weeks. What’s Special This Season ?! Vijay TV plans to launch Bigg Boss Season 5 in the last week of September or the first week of October. They say it is not likely to be too late. Last season contestants were forced to stay in quarantine for two weeks to enter the Bigg Boss house. Contestants participating this time are required to have both vaccines.

The channel has advised the Bigg Boss team above not to think of this season as the last four seasons. The reason is that in recent years there have been no competitive shows like Master Chef, Survivor. So this time, they are focusing more on the competitors.

Some quotas have been followed over the past seasons when selecting contestants for the Bigg Boss shows in general. The first of which is the Vijay TV quota.

Those who are in Vijay TV serials and reality shows usually participate in Bigg Boss. Kavin, Aranthangi Nisha, Rio are examples of past seasons. It seems that Kani, who participated in the Cook With Comali this season and ‘Saravanan Meenakshi’ serial actress Rakshitha, may enter this season as contestants.

In the first season, the Aarav-Ovia duo was talked about, and then the real couple Balaji and Nithya participated as contestants in season 2. Reel duo Azeem and Shivani were expected to participate in the last season. But that did not happen. Kana Kaanum Kaalangal Irfan was approached for this season, and he is yet to give his approval. He was also approached for Survivor Tamil, in which he didn’t participate.

Models are usually picked for Bigg Boss Tamil, and every season there is a model contestant. In that sense, a friend of Bala’s who was selected as the runner-up last season is approached to participate in season 5.

For the past two years, they have been bringing together someone popular on other leading channels. Like Archana and Anita Sampath, this year, the newsreader Kanmani and the name of Chandini, who is acting in the Zee Tamil serial, are approached. The Rettai Roja serial starring Chandni also seems to have accelerated towards the climax.

If someone does not go on the recommendation of actor Simbu, it is not Bigg Boss. Mahat was one such contestant. Some people are still predicting which of Simbu’s friends will enter BB house this time.