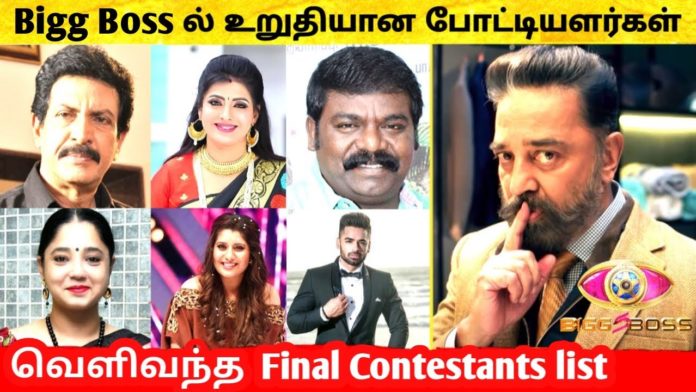 The much-awaited Bigg Boss show in Tamil Nadu is about to start in three days. In this case, the debate over who will participate in the event this time is going very seriously on social media. The line-up currently includes the names of super singer Sam Vishal, Cibi Bhuvana Chandran, who starred in the Master film, and gana singer-songwriter Isaivani.

It has already been rumored that many celebrities, including Cook with Comali Kani, Vijay TV Jacqueline, host Priyanka, Shakeela’s daughter Mila, Businesswoman Renuka Praveen, Pavani Reddy, Gopinath Ravi, Imaan Annachi, will be appearing in the show. Super Singer Sam Vishal joins the list. Sam Vishal, who already has a lot of fans, is sharing about how he will sing awkwardly on the show.

While the Bigg Boss Tamil audience is eager to see Kamal Haasan host the show, it has been reported that a famous gana singer will be attending. In 2020, she was recognized for her achievements at one of the BBC 100 Women’s Awards. Tamil audiences are eager to see the contribution of the musician in Big Boss Tamil 5.

Also, Tamil actor Cibi Bhuvana Chandran, who played Vijay’s student in the film Master, is expected to compete. All of the selectors are currently isolated due to the Govt-19 regulations. Sources close to the event organizers said that all the contestants listed were separated in a famous luxury hotel in Chennai.