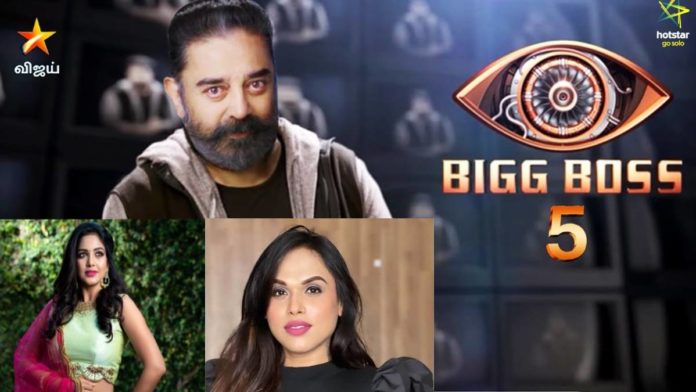 But Lockdown was announced due to the second wave threat of Corona. Thus the task of starting Bigg Boss Season 5 was put on hold. Work is underway to launch the Big Boss show as Corona locks down and lockdown restrictions are relaxed. Teaser shooting for the Big Boss show was recently completed. Photos of actor Kamal Haasan standing in front of the camera were released. Following this, it was reported that the teaser for the Bigg Boss show would be released soon, and the trailer will follow.

Meanwhile, it was said that the restrictions and rules on the Bigg Boss Season 5 show had been tightened, and Vijay TV celebrities will not be participating much. It was also reported that talks had been held with 30 celebrities regarding their participation in the Big Boss show.

In this situation, the name of a serial actress will participate in the Big Boss show. That is the name of Pavani Reddy, who has acted in various serials on Tamil television. Pavani Reddy has also played many important roles in Tamil movies.

She has also acted in Telugu films. Rettaival Kuruvi and Chinnathambi, the most popular serial series, gained a huge fan base. Pavani Reddy fell in love with fellow serial actor Pradeep and got married. Within a year, her husband committed suicide by hanging.