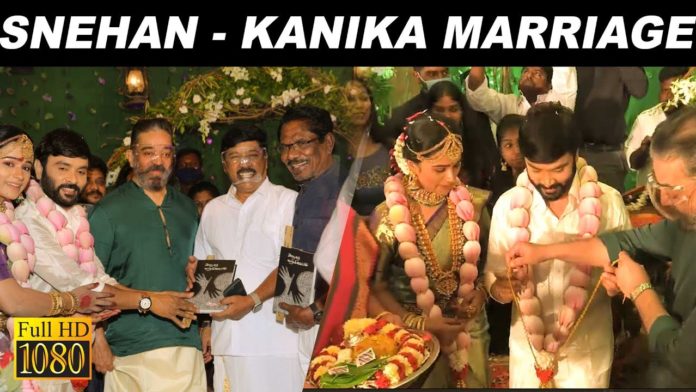 Launched internationally as ‘Big Brother,’ the reality show has been renamed ‘Bigg Boss’ in seven languages ​​in India, including Tamil, and has attracted many fans. Despite the numerous negative reviews that have arisen, each season ends with the expectation of when the next season will start. In that sense, Bigg Boss Tamil Season 5 will start soon.

Bigg Boss Tamil, which usually starts in June, started later last year due to COVID 19 pandemic. Last season, it started in October and lasted until January. While season 5 was expected to start soon this year, it was also postponed due to the COVID 19-second wave.

In this case, the debate over who will take part in Bigg Boss Season 5, which is expected to begin soon, has been hotly debated on social media. In that line, information has been leaked that Snehan, who has already participated in the show, will be participating again. That, too, is not alone. Snehan, who was recently married, is also said to be attending with his wife Kannika as contestants. However, the extent to which this information is true is questionable!

In this situation, a show called Survivor is aired on Zee Tamil to compete with the Bigg Boss show. It is worth mentioning that Action King Arjun will host this reality show. It has been reported that Vijayalakshmi, Nanda, Vanitha Vijayakumar, Gopinath Ravi, Sri Reddy, Indiraja, John Vijay, Vidyuleka, Wije Parvathi, Shalu Shammu, Anika Surendran, and Sanjana Singh will be participating in the reality show.