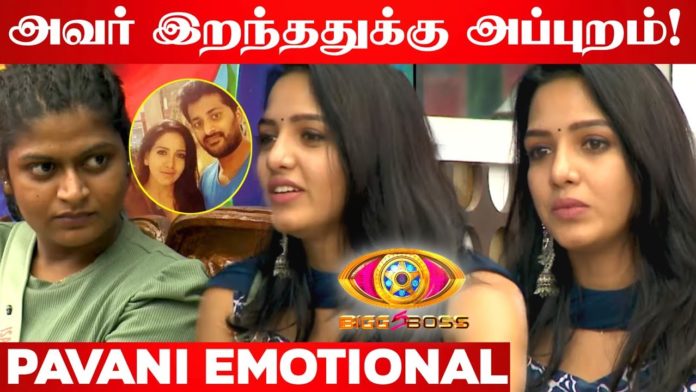 We saw that season 5 of Bigg Boss Tamil started yesterday, and on the first day, all the contestants were jokingly introducing each other.

Pavni Reddy and Thamarai Selvi were talking on the show yesterday when Pavni Reddy told her that she is 32 years old and that Tamaraichelvi could not believe it and that she was still like a little girl.


Another side of Pavni Reddy, who is having fun at the Big Boss’s house, was saddened to learn from her heartfelt speech yesterday. Pavni Reddy’s sad statement that she wanted her life to be happy with her husband and children, even though she was an actress, but that her husband had committed suicide within seven months of marriage and that she had been charged with several counts of suicide, was saddened by the fact that no one understood what had happened.


Pavni Reddy, who has acted in a few serials on Vijay TV, said that her acting days on serials are over and that she wants to work in the web series and is currently starring in the Tamil, Telugu web series. It is also noteworthy that Tamarai Selvi innocently asked what the web series was and Pavni Reddy explained it to her.