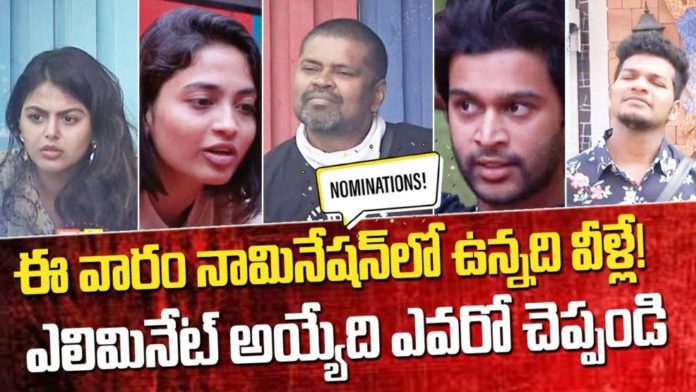 Bigg Boss 4 Telugu has has stepped into the 9th week successfully. It was sad to watch Noel Sean leave the house due to health issue. However, it was favorable to Amma Rajashekar who was supposed to get evicted that week. There is a tough air between Abhijeet and Amma Rajasekar in the nomination task. The contestants had to break eggs on the housemates they want to nominate. In the weekend episode, One contestant will get evicted and it turns out to be a pretty tough competition.

Abhijeet  is up with a tremendous lead in voting results. However, The support for Amma Rajashekar has reduced. The Audience are pretty keen on sending out Amma Rajashekar this time. Since he missed elimination last week because of Noel Sean’s health issues. Each week the Nomination tasks are pretty innovative and keeps the audience on the seat. The nomination went as follows:

However, Amma Rajasekhar and Abhijeet nminated each other. The repeated contestants for nomination for elimination are Abhijeet , Monal, Harika, Amma Rajasekar. Anyhow, There is an immense support for Abhijeet from the audience and he rules the voting poll as of Day 2 with 47% of the votes.

According to the unofficial online voting poll, Amma Rajashekar is at the bottom followed by Avinash with a great difference in the voting. Amma Rajashekar with just 3.4 percent of the votes may not stay in the house the next week.

Contestants in the Safe Zone:

Contestants in the Danger Zone is Amma Rajashekar! Follow Thenewscrunch for more updates on the voting results of Bigg Boss 4 Telugu. Who do you think might win the title of this season, Comment below.