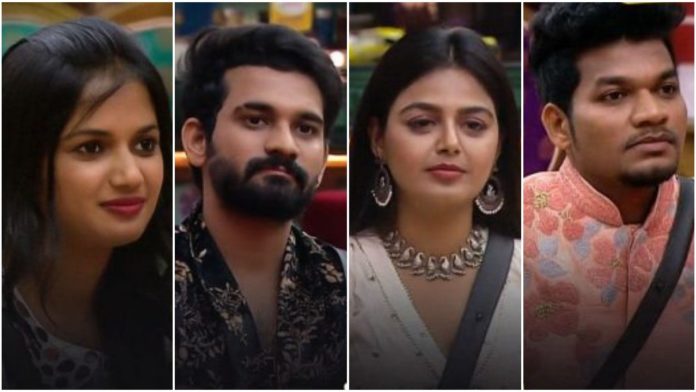 Bigg Boss Telugu Season 4 is nearing the finale completely 12 weeks successfully. 13th week has been going on tough and the contestant to be eliminated in this week is completely unpredictable. However, Out of the 5 contestants nominated, One contestant has to heave the house this week. Only the top 5 contestants will spend 100 days in the house. There are two more elimination in order to reach top 5.

The nominated contestants in this week are:

Avinash has been gaining a lot of votes in the unofficial voting poll in the last two days. However, It led to Akhil in the second last position.

According to the unofficial voting poll, Monal has received the least votes compared to the other contestants. However, There are immense fans for all the contestants, Abhijeet winning hearts comparatively.

Contestants in the Safe Zone as of Day 4:

Follow thenewscrunch for more updates on Bigg Boss Telugu Season 4 Voting. Who do you think will get eliminated this week? Comment below.