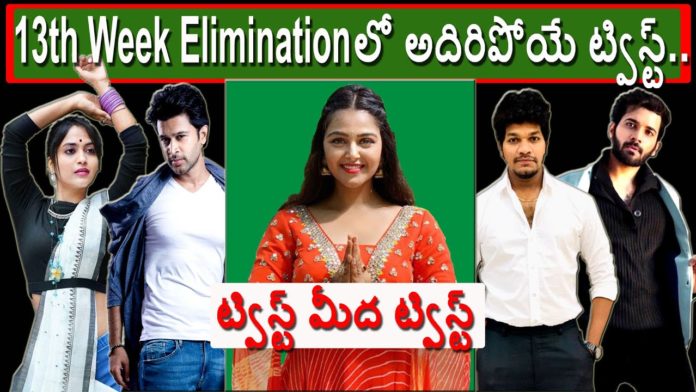 Bigg Boss Telugu season 4 is one of the most popular regional reality shows airing right now on television. This show has successfully completed 90 days amidst the pandemic and is slowly approaching the finale week. Bigg Boss Telugu 4 has been going on well and the contestants of the show have been making the show interesting with their fights. This week five contestants are nominated for eviction out of which Nagarjuna will be sending out one contestant.

With just two weeks left for Bigg Boss grand finale, the fans are waiting with bated breath on who will be eliminated this weekend. Now it has been leaked that Avinash is evicted from the Bigg Boss house. Avinash and Monal were fighting to stay in the house and the fans were fiercely voting for their favorite contestants.

It is worth mentioning that Abhijeet, Harika, Akhil are saved from this week’s elimination with their audience support. The last contestant that was evicted from the house was Lasya, however, the latest one is to leave the house is Mukku Avinash. This piece of news will surely disappoint Avinash fans as his elimination came as a huge shock to them. Actually, Monal was supposed to get eliminated but the makers once again eliminated strong contestant Avinash.

There were some online portals that published news about Monal’s eviction but our credible sources are pointing that Avinash has got the least votes and is now evicted from the house. Avinash fans and netizens are shocked by this result and are tweeting against this. They were expecting Monal to be eliminated from the house.

Here are the tweets:

As per the latest update, Avinash eliminated from BiggBoss

As per the latest update, #Avinash eliminated from #BiggBoss #Monal got saved…