IT’s been two days since the voting began. The housemates are given tasks everyday which hopefully gets tougher in the upcoming weeks. This week has gone by with Anitha’s issue all over again. According to the previous episode, Anitha Sampath feels isolated from the other housemates. She is unable to talk about her opinions openly. This created a problem in the house. On one side, Anitha Sampath cried her heart out in the confession room. Whereas, on the other side, Balaji Murugadoss broke down in today’s promo.

However, One contestant will be eliminated from the house this weekend. 11 contestants has been nominated for the eviction process this week. The votes are scattered and many contestants are lagging behind. 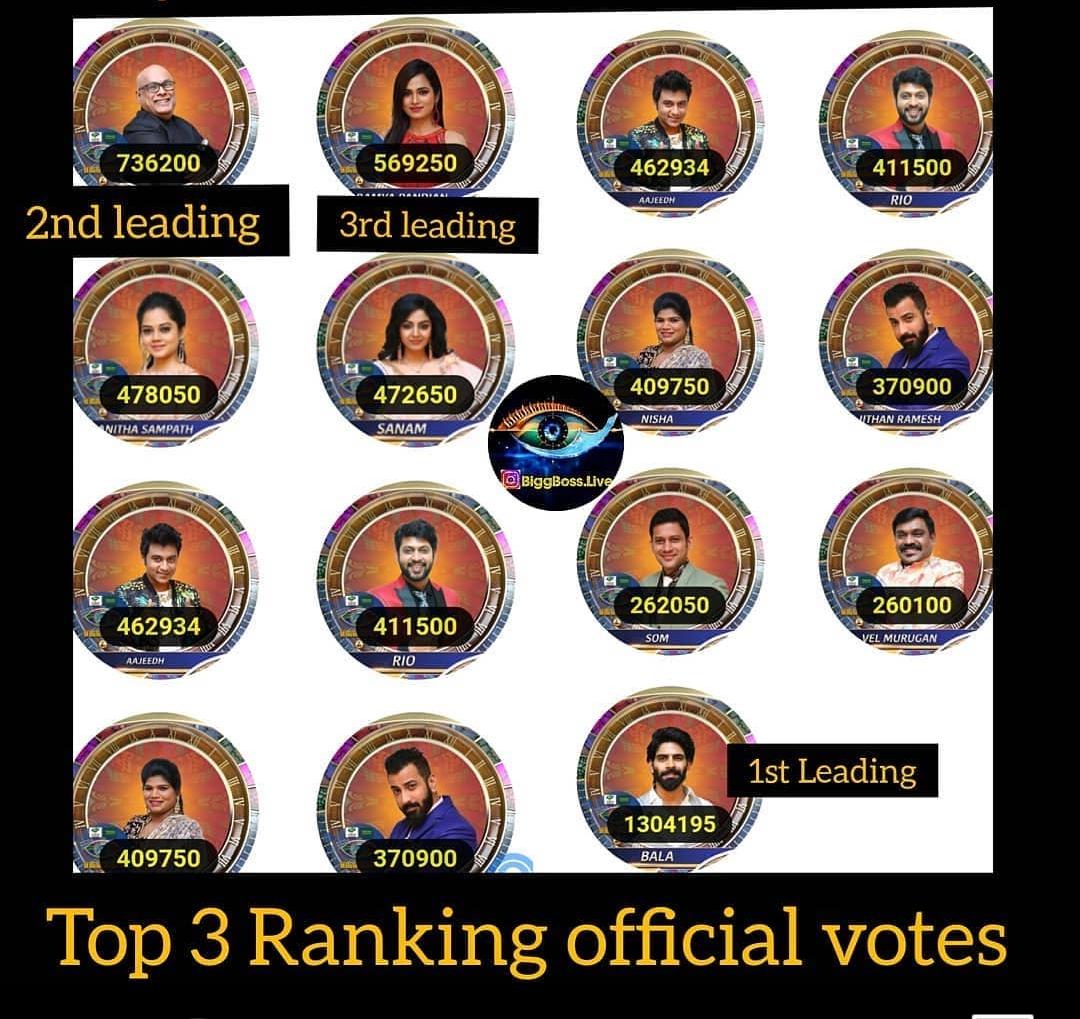 Balaji is acing the voting poll just like the previous week. However, There was a ruckus in the house the previous night. In today’s promo, Archana and Balaji are coming to a compromise. The tough air between them turns emotional making the audience watch at complete disbelief.

The Contestants have the least number of votes are Somasekar and Velmurugan. One contestant will be eliminated among them. It’s pretty evident that Balaji, Ramya pandian, Suresh Chakravarthy are saved from elimiation.

Velmurugan’s diplomacy is costing his his votes. Though being diplomatic is good to survive to some extent in the society, It is not so in the Bigg Boss house. Somasekar hasn’t been seen much in the house actively. In today’s episode, It is completely focussed oon Balaji and Archana’s issue.

Follow Thenewscrunch for more updates on Bigg Boss 4 Tamil. Do you think there exists a groupism in the house? Leave your comments below.