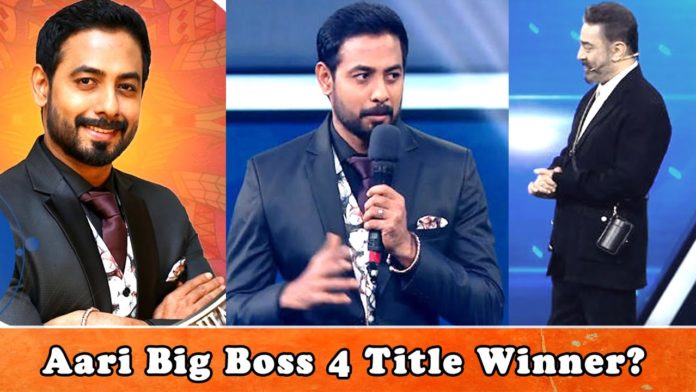 Aari’s fans are confident that Aari is almost certain to be the title winner on the Bigg Boss show and that only a formal announcement is required. In this case, the information about the biggest achievement in the Bigg Boss’s history about Aari has now come out. It is noteworthy that Aari has made a record as the most nominated and saved person in Big Boss’s history.

It is noteworthy that Aari has been nominated almost every week except for the first few weeks of the tournament, which lasted for 14 weeks, and he was the first person to get the maximum votes of the people every time.

It is noteworthy that this record of Aari broke the above three seasons’ record, but it is doubtful whether anyone can perform this feat in the coming seasons.

Will Aari get the maximum vote this week and win the Bigg Boss season 4 Title? This is in Aari’s fans’ hand as they need to vote for him through missed call and Disney+ Hotstar App.