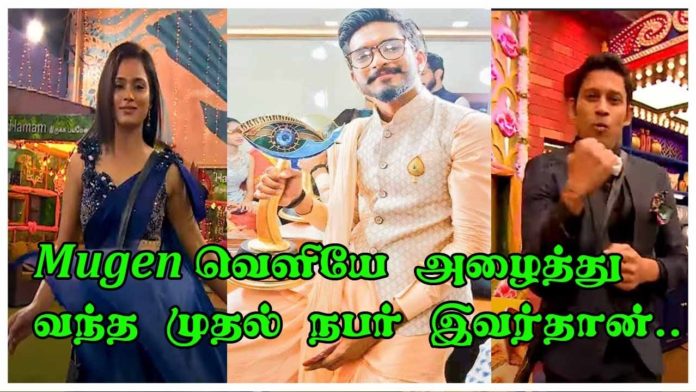 Kamal Haasan will officially announce the winner of the Bigg Boss Season 4 title at the end of today’s show, with the finale of the Big Boss show set to take place today at 6 p.m.

Aari, Balaji, Rio, Som, and Ramya have been selected for the Bigg Boss show’s finals, and it remains to be seen who will get the title winner title in these five.

In this case, it is said that two were evicted from BB house before going to the finale, and one of them was Som, and the other was Ramya. According to social media reports, Ramya and Som have been eliminated from the Bigg Boss house based on low votes compared to the other three contestants, as the polls for the Bigg Boss title ended yesterday.

Besides, it is said that Aari got the highest percentage of votes, will be the title winner, Balaji will be the runner up, and Rio will get third place.

Earlier in the day, it was reported that Bigg Boss Season 3 winner Mugen would be launching the Bigg Boss Season 4 trophy at today’s event. It is also learned that Mugen’s upcoming film Vetri’s teaser will be launched by Kamal Haasan today during the finale episode.