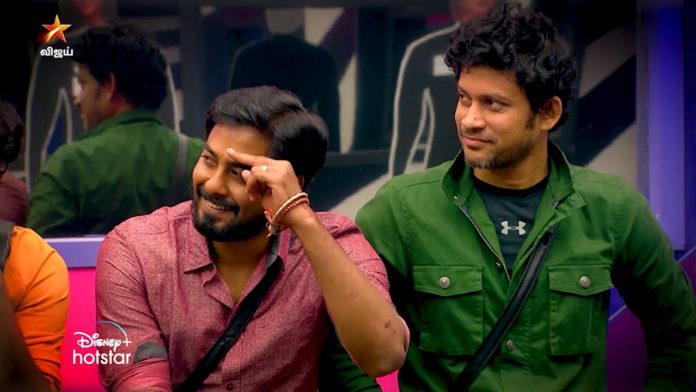 A few contestants commented that Aari and Balaji often fight at the Bigg Boss house, and that is why the overall game is affected, and they are also affected. In particular, Rio had recently said that others would be disturbed by the fight between Aari and Balaji.

That is why most people are criticizing Aari and Balaji in the phrase task. Balaji, who came to talk about this situation, said, ‘I have a problem with how this game is going, so the game will be a problem for both of us. As usual, Aari and I are the bad guys in this house, and it looks like that cut-out.

It is like taking only a few events and posting comments like this in this place. I didn’t play this safe game either; he definitely didn’t. Just playing the safe game here has affected a lot of people in this place.’ When Balaji angrily said that I was one of them, Aari saluted him and complimented him.

It is noteworthy that this solemn speech of Balaji made Rio’s face tight and made Ramya nod in disbelief. On the other hand, the background music of ‘Vikram Veda’ has made this promo video mass.