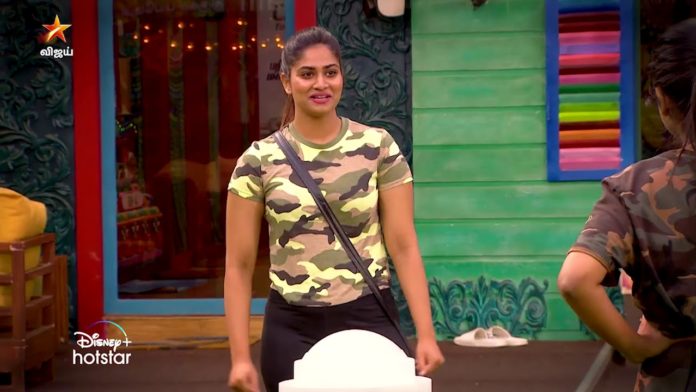 It seems that the finale task is currently underway at the Bigg Boss house, and the third round of the task is shown in today’s first promo video as the first two rounds were completed yesterday.

This round is for someone to sing and touch the stage placed in the middle after he has finished the song. First, Shivani finishes singing, and everyone rushes to touch what is in the middle. Gabriella, Balaji, and Shivani all say that they were the first to touch them. Then, captain Rio asks them to decide who touched it first, and Gabriella says she touched first as time goes on and starts singing the next song without waiting for the others to respond. Thus Balaji gets disgusted and says, ‘You can sing after we decide who touched it first.’ But it is noteworthy that Gabriella is playing a different level game by singing the song to annoy him without noticing what Balaji is saying.

It is noteworthy that Gabriella had already silenced Balaji when Balaji came to say one thing that Aari had said about herself yesterday, ‘Now why are you saying this to me?’ The last time Gabriella came up with another level game, and the viewers are surprised by her clever reply.

Gabriella is playing a different level game, but when you are looking at the board’s score, it is noteworthy that only Balaji got 7 points.