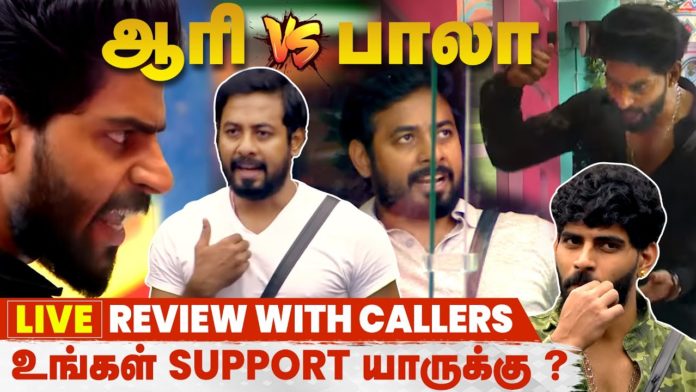 Bigg Boss Tamil season 4 has been going on for 89 days on Vijay TV. Rekha, Velmurugan, Suresh, Suchitra, Samyukta, Sanam, Nisha, Jithan Ramesh, Archana, and Anitha have been evicted from the house. In this case, the new promo of the Big Boss on 2nd January 2021 has been released. Bala gets angry at Aari for talking about Shivani’s topic and throws a pillow near him in anger.

On the other hand, Aari remained calm as usual and questioned Balaji why he did not clarify the issue with Shivani’s mother when she came into the Bigg Boss house during the ‘freeze task.’ Balaji said that he would have done it if Shivani’s mom would have spoken to him. Also, Balaji questioned in anger why Aari said ‘Kaadal Kan kattudhey’ while nominating him.

As they were about to clash, Ramya interrupted and separated them. We will have to wait for tonight’s episode to know how Kamal Haasan will tackle this issue.