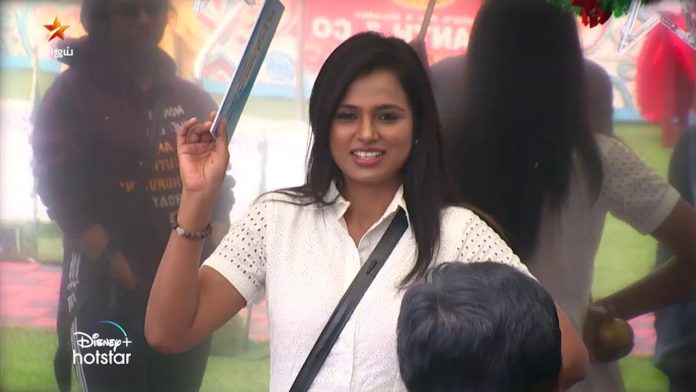 This week in Bigg Boss season 4, the contestants are given a task called Ball Catch. Balls will be sent when the siren sounds from a pipe setup placed in the garden area. If they catch it, points are given to them. The fourth part of the task is starting today as the three parts of this task have been completed so far. In yesterday’s ranking task, Rio, Ramya, and Som have earned special powers.

Gold balls were sent to the contestants in today’s episode in the garden area through the pope setup. Housemates who catch that ball can take on any of the special powers listed on the board and implement it on a housemate.

Balaji took a card and increased his points by 100. Then Ramya took a card that had the power to make someone’s score zero in this week’s task, and he uses the power to make Rio’s points as zero. After that, Gabriella made Balaji’s score zero; this is what Gabriella and Rio planned to do, and they rejoice. Thus the angry Balaji has left the challenge saying, ‘When my turn comes, I will make your score Zero.’

The fight between Gabriella and Balaji is thus expected to be the highlight of today’s episode.