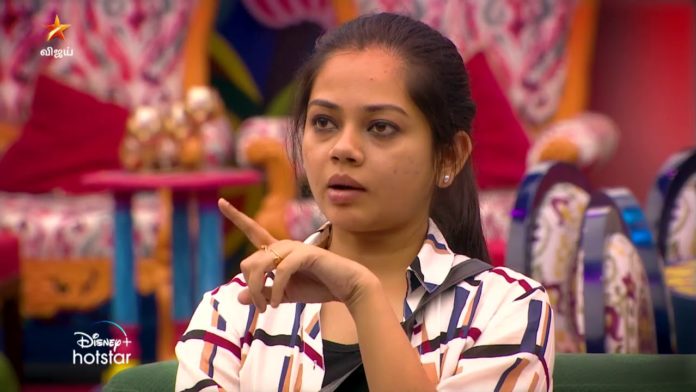 In the task ‘Matniya’ given this week at the Bigg Boss house, it is stated that a housemate can ask another housemate any question he wants, and another should answer it.

In this task, we have already seen Aari’s questions to Ramya and Balaji Aari and their answers to them in today’s second promo. In this situation, Shivani asks a question to Aari in a recently released video. She asked, who do you think is the demotivator in this house, Aari answers as Anitha. The explanation given by Aari is as follows “Anitha always thinks, What will my family think about how I play, what will Prabha think about me.”

Anita then interrupted, ‘Aari, don’t talk about my mom and dad. Then Ari says, ‘Listen patiently to what I have to say when I am done and then respond,’ to which Anitha says angrily, holding out her hand, ‘I can tolerate everything until now, don’t talk about my husband, my dad, and mom.’

It is noteworthy that we have never seen such an outburst from Anita in these 78 days. Fans who have seen this promo video are shocked to see angry Anitha; this would be a major impact on this week’s voting results as Anitha is most likely to get nominated for eviction.