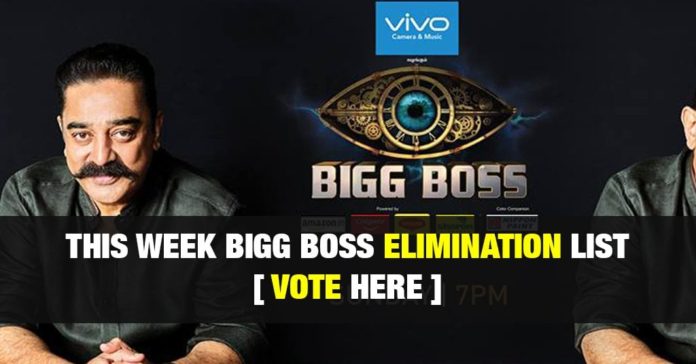 Bigg Boss Tamil Season 4 completes its 12th week this weekend. The much-awaited eviction of Anitha took place on Sunday. Aari was saved in Saturday’s episode. Gabriella, Shivani, and Aajeedh were the other contestants who were nominated for eliminations this week.

There are speculations about no eviction in the upcoming week. However, there is a strong urge among the audience to get rid of contestants like Aajeedh and Shivani. The audience feels deserving contestants like Suresh and Sanam were evicted earlier in the show while Shivani and Aajeedh have overstayed their tenure.

Anitha’s eviction brought rejoice to the masses as Aari Arjuna leads the show in terms of the fan base. The drama and suspense continue as the contestants look forward to cementing their positions as the finale approaches.

Considering the ‘undeserving’ tag lingering around Aajeedh’s neck for quite sometime, there are high chances of Aajeedh being targeted during the nominations for week 13

The twelve weeks of Bigg Boss Tamil 4 were sufficient to conclude that a few contestants are a definite choice for the finals. Aari Arjuna sizzled in every voting results and was saved with a massive vote share. Rio’s resurgence and quality performance in tasks makes him a frontrunner for the finalists positions.

Balaji Murugadoss is getting maximum footage and his character outlook is portrayed as a calm, intellectual person compared to the ‘raging bull’ he was in the initial weeks. Hence, Aari, Balaji and Rio are the top 3 finalists’ probables for Bigg Boss Tamil 4.

Ramya is showing promise and might take the fourth spot to the grand finale. However, the ticket to finale task could prove to be a decisive element for the fate of Aajeedh and Shivani.