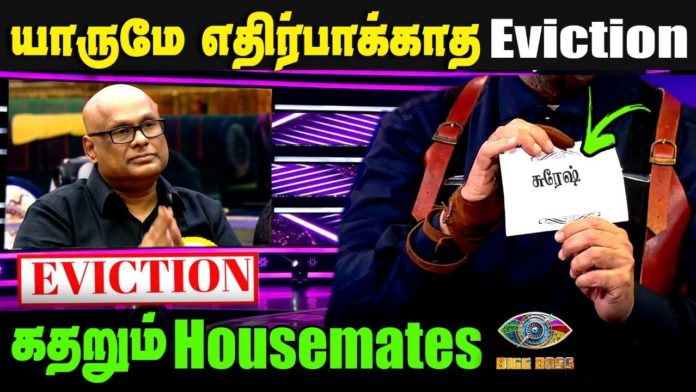 The Bigg Boss season 4 Tamil is getting interesting as we approach the end of 5th week. So far 2 contestants have been evicted from the house. Rekha and Velmurugan were both interviewed about some of their favourites and those who behaved badly.

Elimination time has come this 5th week and the big question for fans is who will leave. According to the information we have received at this stage, it is said that Suresh Chakravarthy has left the house of Bigg Boss.

Some fans have been shocked as they didn’t expect Suresh to get evicted from the house. But it is unknown at this time what he will do after leaving the Bigg Boss house. Some fans believe that Suresh Chakravarthy should enter the house as a wild card contestant or should be kept in a secret room. But it’s widely believed that Suresh Chakravarthy will be participating in Cook with Comali season 2.

We will have to wait and watch for the official announcement from Kamal Haasan tonight.