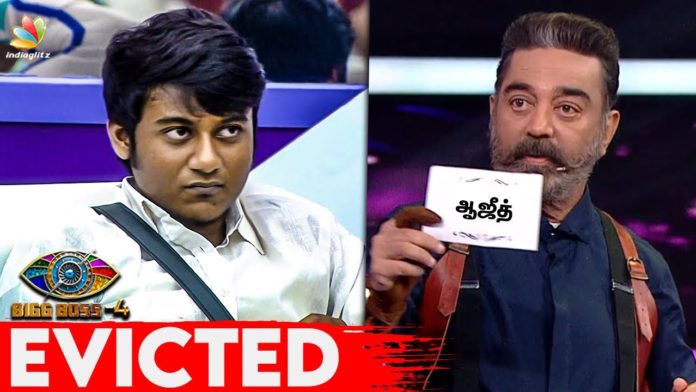 With five contestants including Somshekar, Ramya, Shivani, Aajeedh, and Gabriella on the eviction list this week, it has been reported that Aajeedh will be evicted from the Bigg Boss house this week based on low votes.

He was so dull and gloomy from the first day of this season and Aari advised him which was seen in a negative light and he stayed under the shadow of Balaji, so he has received very few votes this week.

It is also noteworthy that this week Ajeedh’s family hinted at his eviction and wished his fellow contestants as Ramya advised him in the beginning though she called him ‘brother’. However, Aajeedh failed to make an impact and his eviction was two weeks late. Archana and Anitha were evicted by a whisker in the last two weeks which saved Aajeedh

However, the fact that Aajeedh was lackluster at home and played a very bland game, aligning with Balaji’s group, was a character who failed to say what came to mind, especially when he fought that it was unfair to nominate him. His episodes of anger and frustration failed to see the light of the day in the Bigg Boss house.

Let’s see, depending on what the Bigg Boss house will look like after Aajeedh’s eviction.