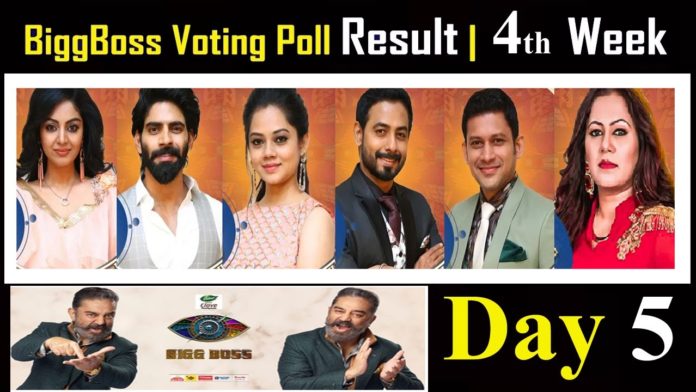 It has been reported that the two who received the lowest number of votes in the Big Boss house.
Bigg Boss 4 3rd Eviction Voting Status: Bigg Boss is a show hosted by Ulagana Nayagan Kamal Haasan. The fourth season of the show is airing its 5th week at present.

The third eviction on the Bigg Boss show is set to take place this week. Balaji, Anita, Somshekar and Suresh Chakravarthy have been nominated for elimination this week.

Of these, only SomShekar and Suresh Chakravarthy received the lowest number of votes.

It is said that Somshekar, in particular, is more likely to be eliminated this week. He hasn’t gone to anyone’s fuss yet. It is noteworthy that Som Shekar has not impressed the audience or given anything controversial for the audience to talk about. In fact, he was termed as a puppet by many housemates, and his behaviour also remained the same.

Hence the 5th Week elimination will mostly be Som Sekar.