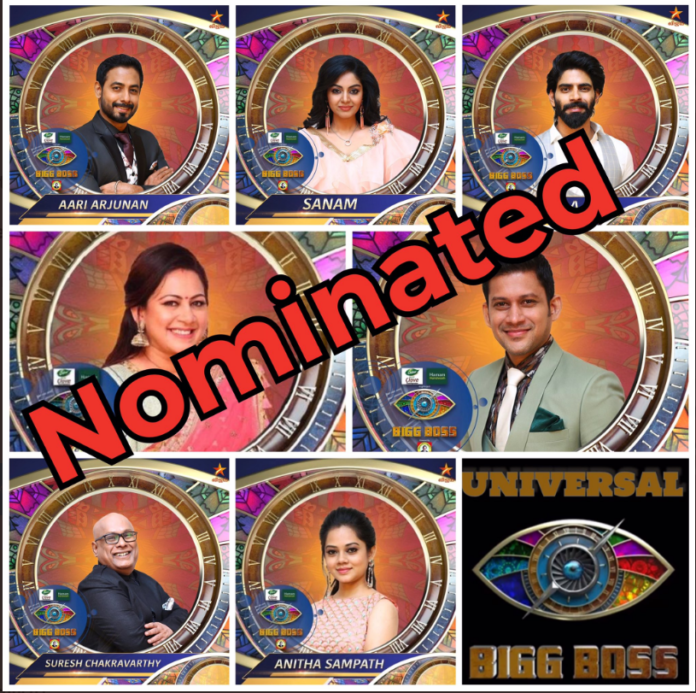 The support for Aari Arujuna from the audience is immensely high. Although, Balaji’s supporters are turning towards Aari. The group-ism/ favoritism in the house came to light in the last weekend episode. Aari’s opinion against favoritism was much appreciated by Kamal Hassan and The audience.

However, There is a never ending clash between Balaji Murugadoss and Sanam Shetty. The Audience were not supportive of Balaji’s attitude during this issue which will be discussed in the weekend episode hopefully. Contradicting to the fight, Balaji is supportive of Sanam during the “Court task” in today’s promo. However, It is not appreciated by the other contestants.

The bottom three contestants are Suresh Chakravarthy, Sanam Shetty and Archana. Archana’s dominating attitude supressing the other contestants is costing her the votes. She isn’t very like-able outside the bigg boss house as much as inside. The clash between Aari and Archana is carried over in the ongoing episodes. Anyhow, The green light is towards Aari than Archana.

As of Day 1 Voting, Contestants in the safe zone:

Contestants in the Danger zone of elimination: