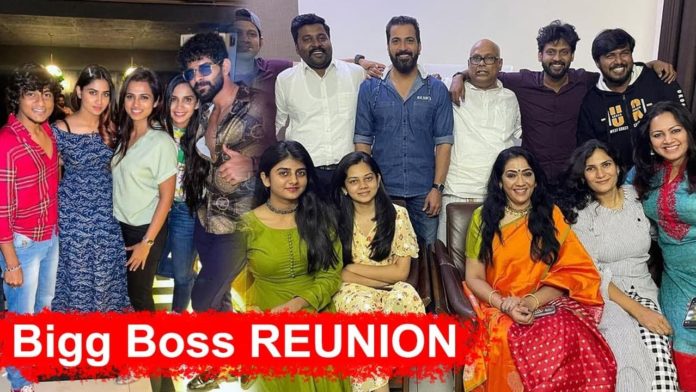 The Bigg Boss Season 4 show aired on Vijay TV ended on the 17th of last month. The celebrities who took part in it are often meeting and sharing photos on social media. There is better bonding within certain contestants this season than in previous seasons. Especially the members of the ‘love gang’ can be seen going together wherever they go.

Before the end of the Bigg Boss show, Archana, Nisha, and Jithan Ramesh met alone. Following that, Archana’s members of the ‘love gang’ went to Som Shekar’s house. Those photos went viral on social media.

In this case, the preview show of the movie ‘Kalathi Santhipom’ starring Jeeva and Arulnithi has been seen by some Bigg Boss contestants. Jeeva and Arulnithi starrer ‘Kalathil Sandhipom’ is said to be released on 28th January 2021. But with the release of the Master film, it has been released today, February 5th, 2021.

Aari and Sanam Shetty were not in the photo posted by Anita Sampath. Fans who have seen this are asking about them not being present.