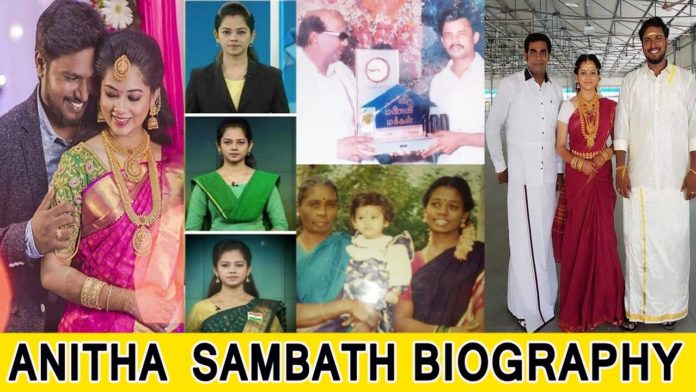 Anitha Sampath is one of the trending stars these days due to her stint at Bigg Boss house. She was one of the strongest contestants at the Bigg Boss house who stood against groupism and single-handedly tackled many issues. She even played the topple card to her advantage to save her from eviction. It’s now confirmed that Anitha Sampath’s father passed away today morning due to cardiac arrest.

Anitha considers her father as an idol, and his loss is irreplaceable. We at TheNewsCrunch offers our condolences to Anitha and her family. Netizens are tweeting and offering their condolences on social media.