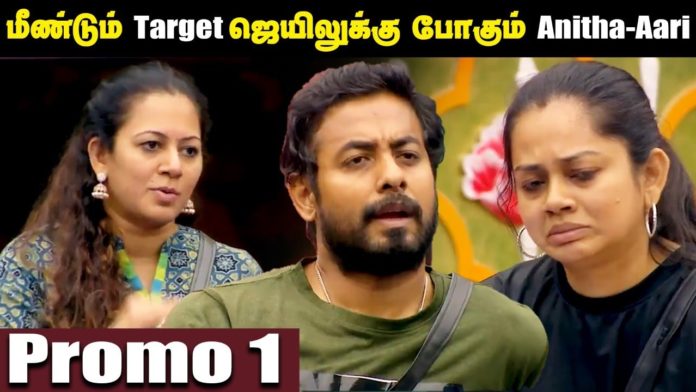 The first promo of Bigg Boss Tamil season 4 10th December shows Archana, Rio, Gabriella, Som, and Nisha targetting Aari and Anitha. The Archana-led Love Bed Group has already been accused of ousting competitors who play with uniqueness. Suchitra, Samyukta, and Sanam, who was evicted in the last few weeks, have played uniquely at the Bigg Boss house. It is said that the Love bed Group nominates and expels those who play in such a unique way.

Love Bed Group has selected Aari and Anita during the nomination for this week’s list of the worst performers in today’s first promo in that category. Rio, Jithan Ramesh, Ajith, Som, and Archana claim that Ari and Anita are bad rivals, so they are both considered likely to go to jail. Ajith joins Lovepet Group.

Let’s see how Ari, Anita, and Balaji will play against Love Bed Group in the coming days.