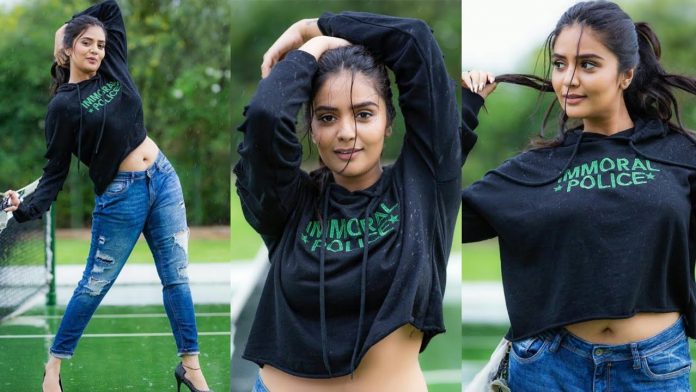 Bigg Boss Telugu season 3 is slowly approaching finale and fans are super excited to watch the finals which will be graced by Telugu Superstar Chiranjeevi. There are five contestants competing for the Bigg Boss 3 Title and each one of them is unique in their own ways. They have garnered support from public to reach this top 5 position but one of the ex-contestants of season 3 is not happy with Sreemukhi in top 5.


Hema who got eliminated early in the game has opined about the finalists of the show. She also cleared the air about her participation in the finale and her speculations about the winner. Hema revealed that she was approached to re – enter the show as a wild card entrant but she refused to do so.

The senior actress has yet again made a controversial statement about the show’s finalist Sreemukhi. Hema reveals to TOI that she will lose interest in Bigg Boss if Sreemukhi is declared the winner. She also accuses Baba Bhaskar and Sreemukhi of hurting other’s confidence. Hema expresses her desire to see either Varun or Rahul win the show. The South actress calls Varun a genuine person and Rahul a ‘gully boy’ thereby praising both of them. Hema has also revealed that she will, indeed, grace the show’s finale which is going to be held soon. Do you think her statement is correct? Whom do you think will win finals? Vote below

How to vote for Bigg Boss Telugu 4 Title Winner

Who will be the Bigg Boss 3 Telugu Title Winner?
Online Quiz Maker