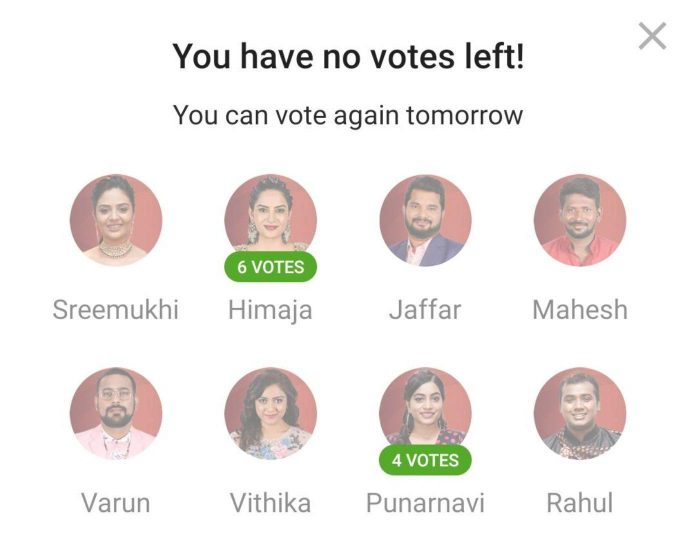 Bigg Boss Tamil Season 3 is off to a great start in terms of TRPs. Hema was the first eviction in the Bigg Boss Telugu Season 3.The dynamics in the house have changed post the entry of the first transgender contestant in Bigg Boss history, Tamanna Simhadri.


An important update before the second elimination of Big Boss Telugu 3 is that the wildcard entry Tamanna Simhadri is safe from this week’s elimination.

The contestants who face the risk of elimination this week are :

Himaja Reddy and Purnaravi are expected to be safe as their fan base is huge. The rule of Bigg Boss is to not discuss nominations for elimination with fellow contestants. Since Vithika broke this rule by discussing the elimination strategy with her husband Varun Sandesh, she was stripped off her privilege to nominate two members for elimination. However, Varun and Vithika denied any discussion regarding eliminations.

Varun Sandesh and Vithika Sheru had their first major fight within the Big Boss House and reports reveal that one of them could face eviction considering their attitude.