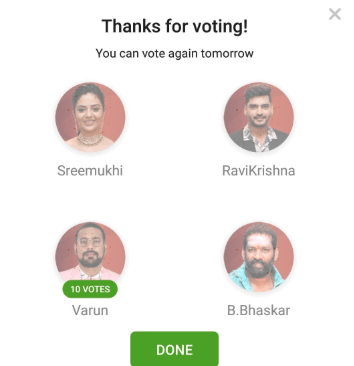 Hema, Jaffar, Tamannah, Rohini, Ashu , Ali Reza and Himaja have been evicted from the show. Ali Reza’s elimination was a shocker for the fans and contestants. However, he is likely to reenter the house.

How Did the Nominations Take Place?

The nominations always take place in a unique way in Bigg Boss Telugu 3. This week, contestants were split into pairs and each of them had to justify their vision for the rest of the season and why they should be saved.


At the end of their speeches, the rest of the contestants will vote for the either of the two. Sreemukhi and Siva Jyothi entered into a huge argument during the turn to speak. However, Sreemukhi was nominated at the end of the process.

The contestants who face the risk of the ninth elimination this week are :

Baba Bhaskar and Sreemukhi Nominated Together? Will One of Them Leave This Week?

Baba Bhaskar and Sreemukhi share a very nice bonding and this week’s eliminations might be dangers for either of them. Sreemukhi’s presence is a huge TRP booster and she will be nervous about her prospects of staying in the house after the weekend. Sreemukhi and Baba Bhaskar are in danger primarily because of the other two contestants who are nominated. Ravi and Varun are extremely strong contestants as well. Varun’s name rarely shows up in the nominations.

Even this week, when Sreemukhi was paired with Siva Jyothi and one of them had to saved, Baba Bhaskar chose Siva Jyothi over Sreemukhi.

Mahesh is Safe From Nominations After a Longtime!

Mahesh Vitta will be breathing easy this week. After two tough weeks in which he was likely to be eliminated, Mahesh is surprisingly out of the nominations list this week. Will Mahesh make the most of his eviction stress free week in Bigg Boss Telugu 3?

Which contestant should be saved from eviction in Bigg Boss Telugu?
Online Quiz Maker 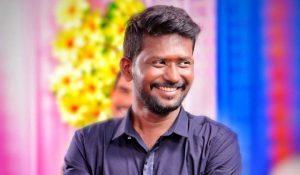