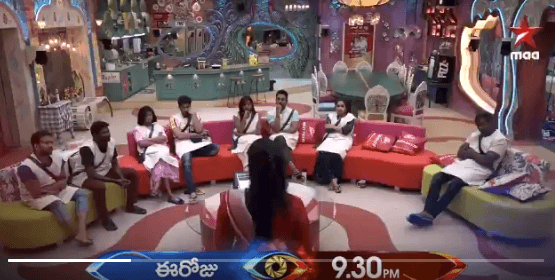 Bigg Boss 3 Telugu is entering 11th week with with an announcement from captain Sreemukhi about eviction nomination for this week. All the contestants except Sreemukhi are wearing workers costume and their task would be to collect the bricks thrown inside the house randomly and save it. As soon as buzzer stops they should put it in a container, each fake brick has a number and whoever has the least number will get nominated. This is a tricky game and it involves luck too Sreemukhi being the captain of house is safe from elimination nomination. But everyone else have to play well to be safe. You can check the promo video here