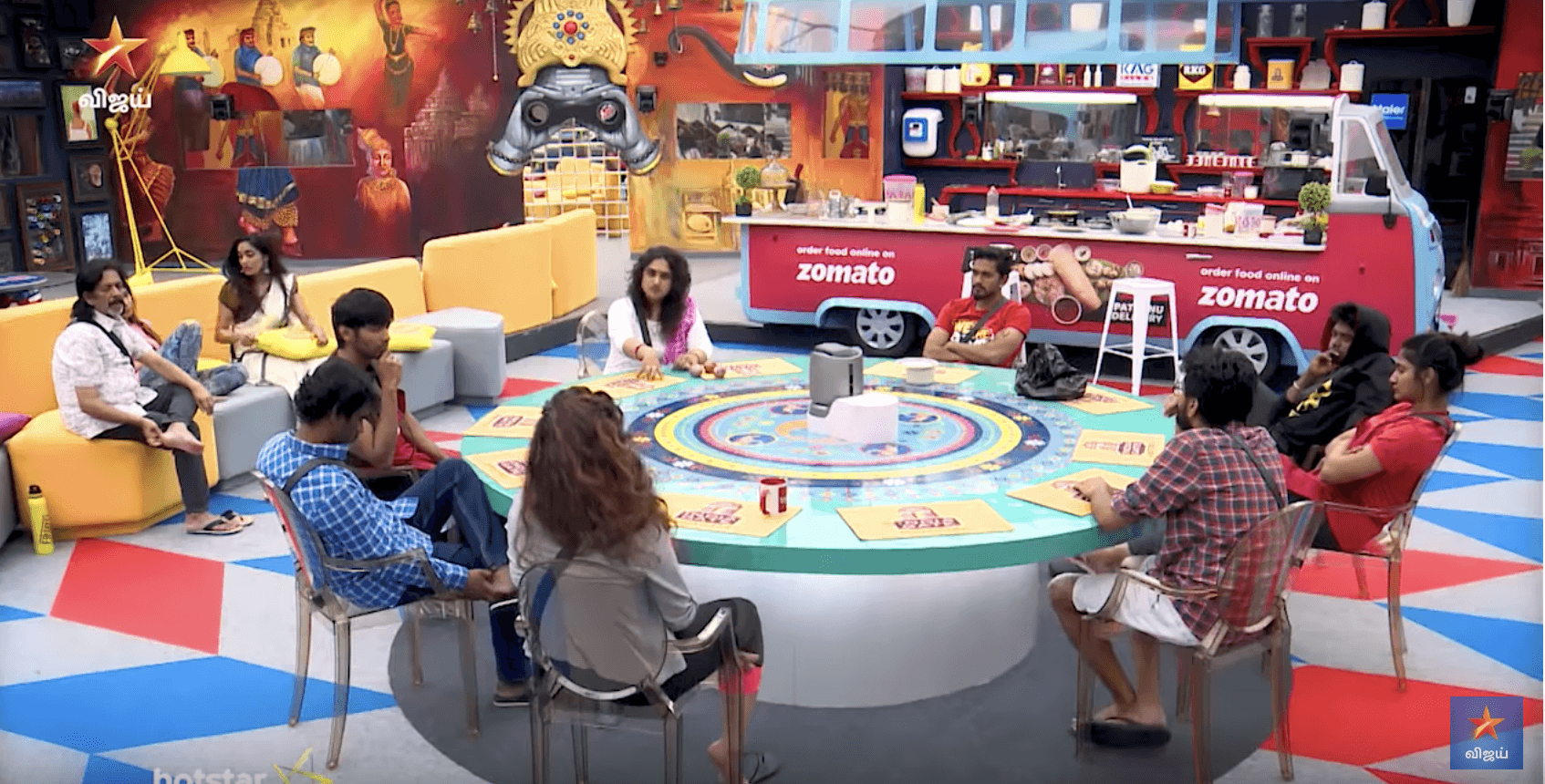 Bigg Boss 3 Tamil September 5, 2019 Day 74 is already filled with Vanitha’s accusation of Sherin having affair with Tharshan. In this promo video we can see all housemates sitting around a table discussing about tasks. Sherin starts the conversation by saying she has given full attention to the tasks that came yesterday and day before yesterday.


Vanitha argues and says no to that, Tharshan intervenes and says that he wants to talk saying Vanitha doesn’t even understand what he is trying to say but still arguing. Tharshan continues saying Sharin rejected Vanitha’s stitching design as a part of the task, Sandy now interferes and says something. Vanitha gets furious at Sandy saying why this question arises every time, She asks him sarcastically if he has any other important task in the house. Sandy replies in a calm tone no and still Vanitha kept arguing over it.

Now Cheran gets angry over Vanitha and ask is he an idiot to sit and listen to her arguments. He further asks how many times should I talk about this, why cant you understand.

This must be the thing that lead to Vanitha accusing Sherin and Tharshan which was shown in earlier promo videos of the day. Do you think Vanitha is dominating everyone in the house? Comment below.