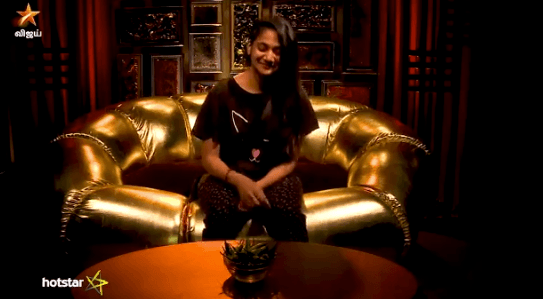 This is the promo 2 video of Bigg Boss season 3 Tamil Monday 23rd September 2019. This is the day 92 of the show, Bigg Boss second promo video is out which shows Losliya sitting inside the confession room and Bigg Boss asking her about which contestant that she wants to save. Then Losliya replied to Bigg Boss that she wants save Kavin. Then Bigg Boss told Losliya that if she want to save Kavin she should eat a green chilli from the bowl in front of her. Losliya smiling and Bigg Boss warned her that please take this task seriously, this is Nomination Process. She told Bigg Boss that she will try and she put the green chilli on her mouth. She will definitely do that for Kavin. Because she is really supporting Kavin to reach Finale. So this task will be easy for her to help Kavin. “ennamma ippadi Panreengalema” song is running behind on screen in this promo. 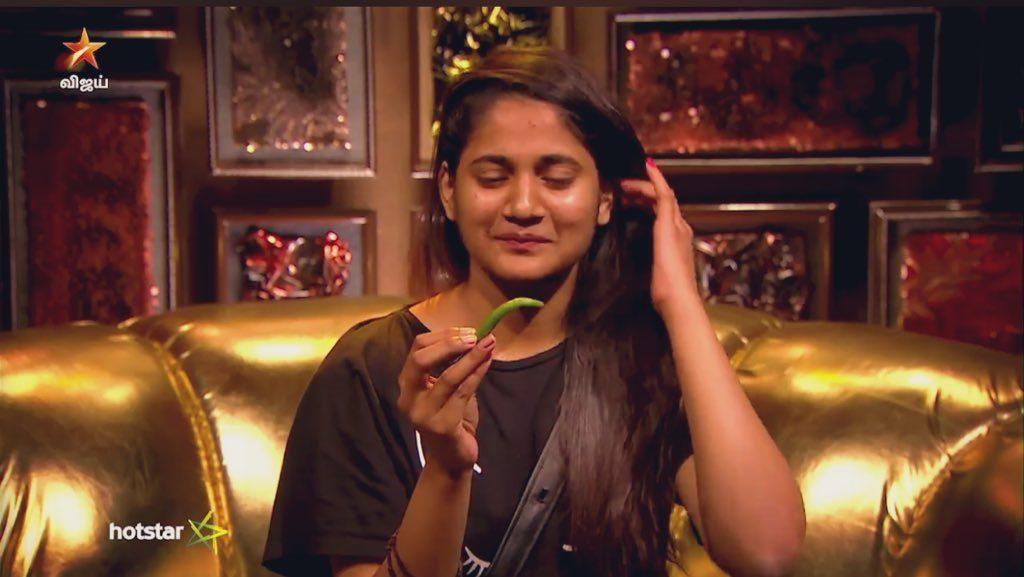 In previous Promo Tarshan also ate green Chillies for Sherin and Sandy. Tharshan didn’t even think a minute to put it in, that’s the game spirit. Losliya taking this task also in childish way, but she will do the task for Kavin. They are loving or not that doesn’t matter, but they are helping each other to get to Bigg Boss finale that’s the big thing. Tharsan ate green chilli for Sherin and Sandy as soon as BB asked him to eat to save them, but Losliya hesitated to eat chillies even though she made a try.

This promo is very touching promo that shows the intimacy of Losliya and Kavin. But in previous seasons one contestant also ate chillies and ginger as task. When game moves to the end, tasks are getting tougher than before. May be Kavin will also eat green chilly to save Losliya. We have to wait and watch