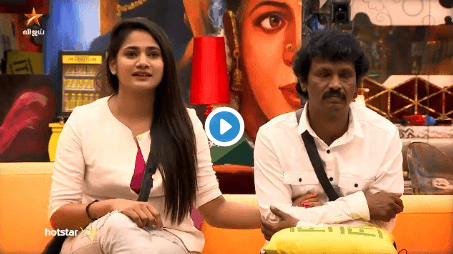 Another twist in tale on Bigg Boss 3 Tamil on Sunday September 22, 2019. Kamal telling Losliya to come out of the Bigg Boss house like she wanted with Cheran, he further adds that Bigg Boss will inform both to come to a room and they can come there after taking a leave from the group. It’s more or less getting evicted from Bigg Boss house, she and Cheran bids farewell to everyone while Kavin tries to talk to Losliya about it to change her mind. As this is her decision, Losliya says that she is happy now and doesn’t want to talk anything to Kavin. What do you think is happening tonight at Bigg Boss house?