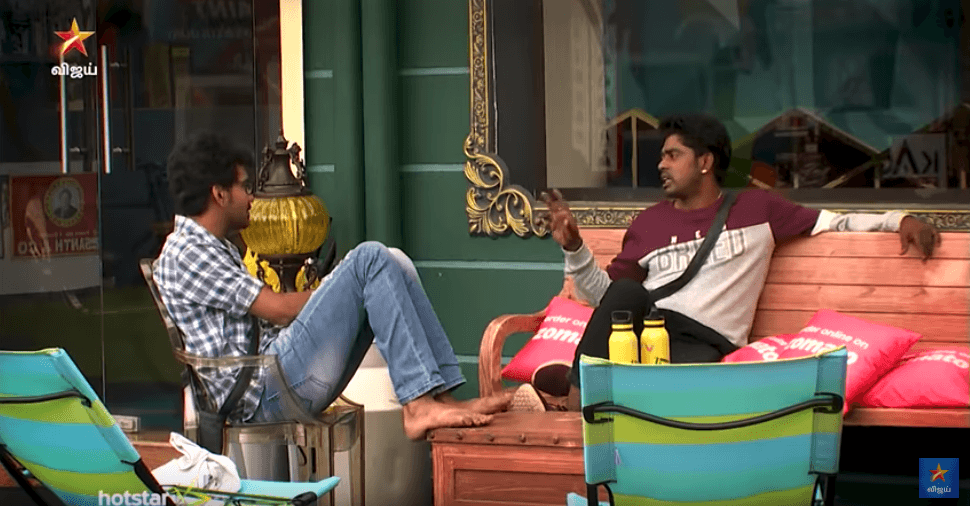 Bigg Boss Tamil September 20 Third promo video is out which shows Sandy talking to Kavin emotionally. This promo shows the best friendship goals. Sandy still worrying and caring his friend all the time. But he doesn’t analyse Kavin is worth for his friendship ever. Sandy sharing his feelings to Kavin that he felt so painful about the misunderstandings between them. Sandy cares a lot about friendship and taking best effort to patch up. But Kavin doesn’t deserve such a good friend. He uses Sandy, plays sympathy card or manipulates Sandy. But Sandy still motivates Kavin, Sandy is too good & loyal friend to Kavin. Sandy is experiencing a lot of emotional trauma that makes Sandy keeping him down, that was really untruthful. This promo reaction may be Kavin cornered Sandy & making him in this position to explain himself, is too bad. Kavin is distracted by Losliya. Kavin made sandy feel lonely many times & spent time with Losliya but Sandy never complained.


If Losliya is evicted we would have enjoyed the show in another perspective. In promo 3 Sandy explaining about the last incidents and Kavin is staring at Sandy without any word. Kavin is emotionally attack to everyone and Kavin in process of saving Losliya he is hurting Sandy! In the end of the promo Sandy said to Kavin that please don’t misunderstand me for any reason. He is emotionally using Sandy that isn’t friendship this is just a toxic relationship which Sandy should realize & walk away. Sandy can’t play his game fairly because of this friendship trauma. Being in last place these two contestants spoiling other contestant’s sportsmanship.