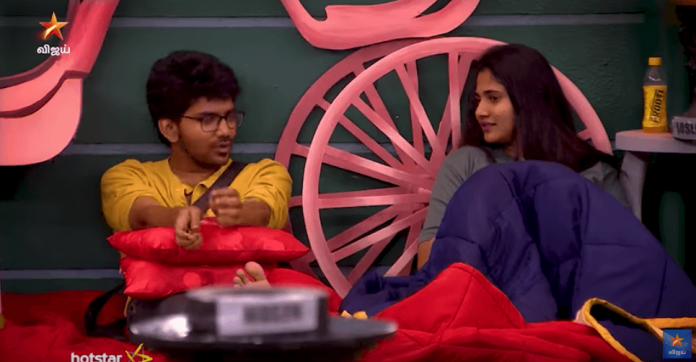 Bigg Boss Tamil September 20 Second promo video is out which shows again argument of Sandy with Kavin and Losliya about the last task of Breaking Golden Eggs. At midnight, Bigg Boss introduced the 7th task. The contestants were given a golden egg, which had their names embedded on it. They have to stay awake to save their eggs from being destroyed. A housemate, who can’t save the egg will be losing the task along with anyone who are caught while destroying the eggs, which belong to other contestants. In this Task Only 4 members are left, remaining ones are failed. Losliya and Kavin are there and Sandy is out from the task.


Losliya and Kavin Blamed Sandy that he used some strategy. Sandy is keeping Umbrella before Kavin and Losliya. Kavin is Doubting Sandy as this is his strategy to support Mugen and Tharshan. So Losliya is confirming something which was going on in her mind. Sandy is Helping Mugen and Tharshan. Kavin and Losliya Discussing about sandy placed the Umbrellas as his Strategy. Sandy helps Tarshan to break Kavin egg by hiding their vision using umbrella. Losliya Said to Kavin in this Promo that, she thought one thing about Sandy, now it’s confirmed. She Never Expect Sandy will do this. Kavin Manipulates that sandy is doing a strategy. Then Tarshan Interrupting, That’s not a strategy, sandy become alone while Losliya and Kavin sit together so sandy is with their side, and Tharshan said that, don’t say that is his Strategy. 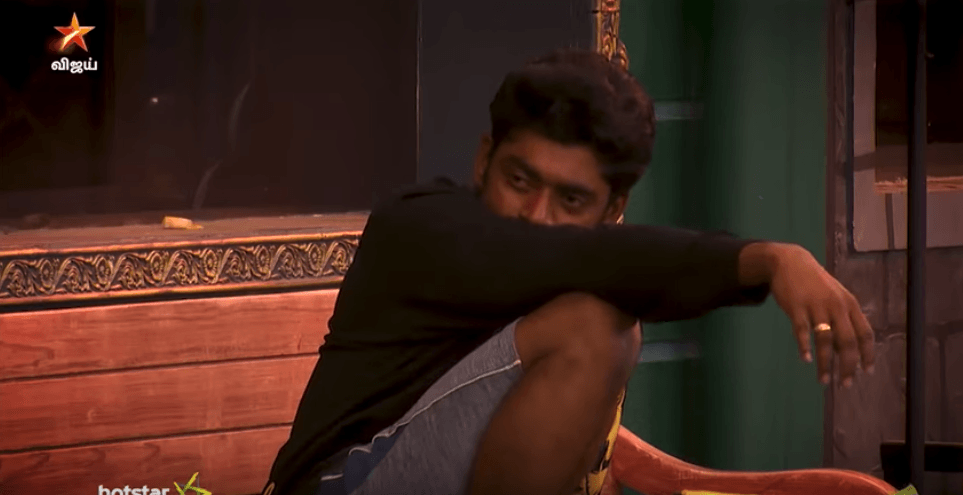 It seems Tharshan is reacting as an after effect of the earlier incident with Sherin. He seems to have lost his composure this week a lot. Losliya was very angry during the ball task and now using the situation to demoralise Sandy. With few more tasks left in the ‘Ticket to Finale,’ it would be interesting to see who emerges as the winner and advances to the final. With 6 tasks being completed in the ‘Ticket to Finale,’ Sandy and Mugen are tied on 1st place with 38 points each. They are closely followed by Sherin with 36 points.
Everyone’s individuality is coming out except Kavin and Losliya. It is nice to see the end of groupism. We have to wait and watch what really happens tonight.