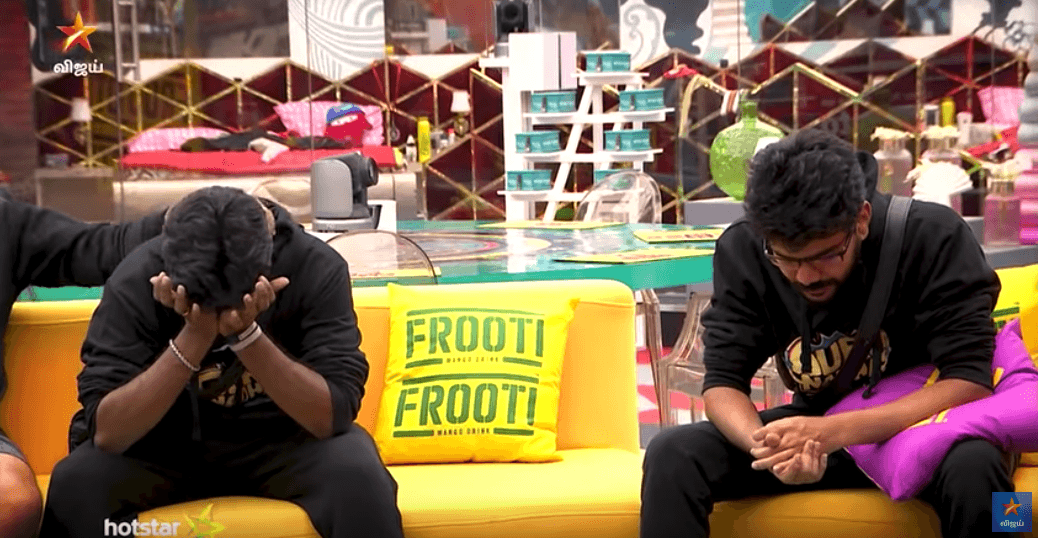 Bigg Boss Season 3 September 2, 2019 is the first day of the week which means nomination for Elimination. We have already seen an update about Kavin nominating Cheran and Sherin for eviction. Now it’s time for Sandy who nominates Kavin and Losliya for eviction. He mentions that Kavin and Losliya are changed now and he doesn’t like that.

Sandy is seen crying while doing the open nomination in front of housemates, he says to Kavin and Losliya to change back how they were else leave the house and said not to fake things and play. We can see Kavin crying to hear Sandy’s words. We can see Losliya crying too while Vanitha says this is just a game and if we cry here people will make fun of us outside and take it as a game and not get emotional.

Sandy replies that he is genuine and this is himself and told Vanitha to play her own game and leave him to be genuine. The boys gang finally broke off? Who else will get nominated for week 10 Bigg Boss 3 tamil eviction. Stay tuned for tonight.