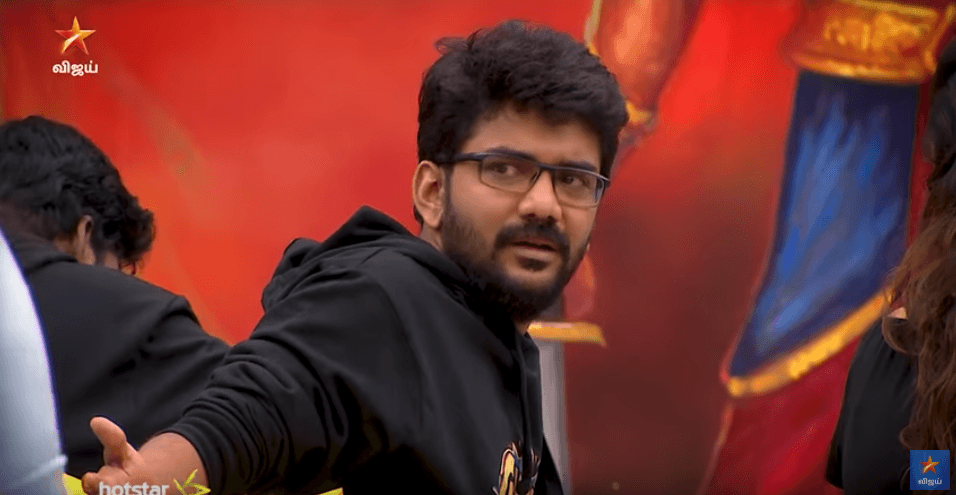 Bigg Boss Season 3 Tamil is becoming more engrossing after a dull last week with no elimination. Today being the first day of 10th week elimination nomination in progress and Vanitha is starting a fight with Kavin. She says Kavin is wasting his opportunity and not playing the game. She says Sakshi could have been here instead of him and she had to go as people voted for Kavin instead of her. She says if Kavin wants to leave the Bigg Boss house he should make sure Sakshi returns, but Kavin argues he is ready to leave the house if they can open the door.


This pisses of Vanitha and she again says if he wants to leave he should have left long back and not use this as sympathy. He is again asking Kavin not to influence anyone mainly pointing out his influence on Losliya and his fake reasons for nominating Cheran and Sherin this week. Since Vanitha being the captain of the house this week is safe from elimination and she is using every bit of this opportunity to point out mistakes about housemates. Is she right? Is Kavin trying to win sympathy? Share your views here.