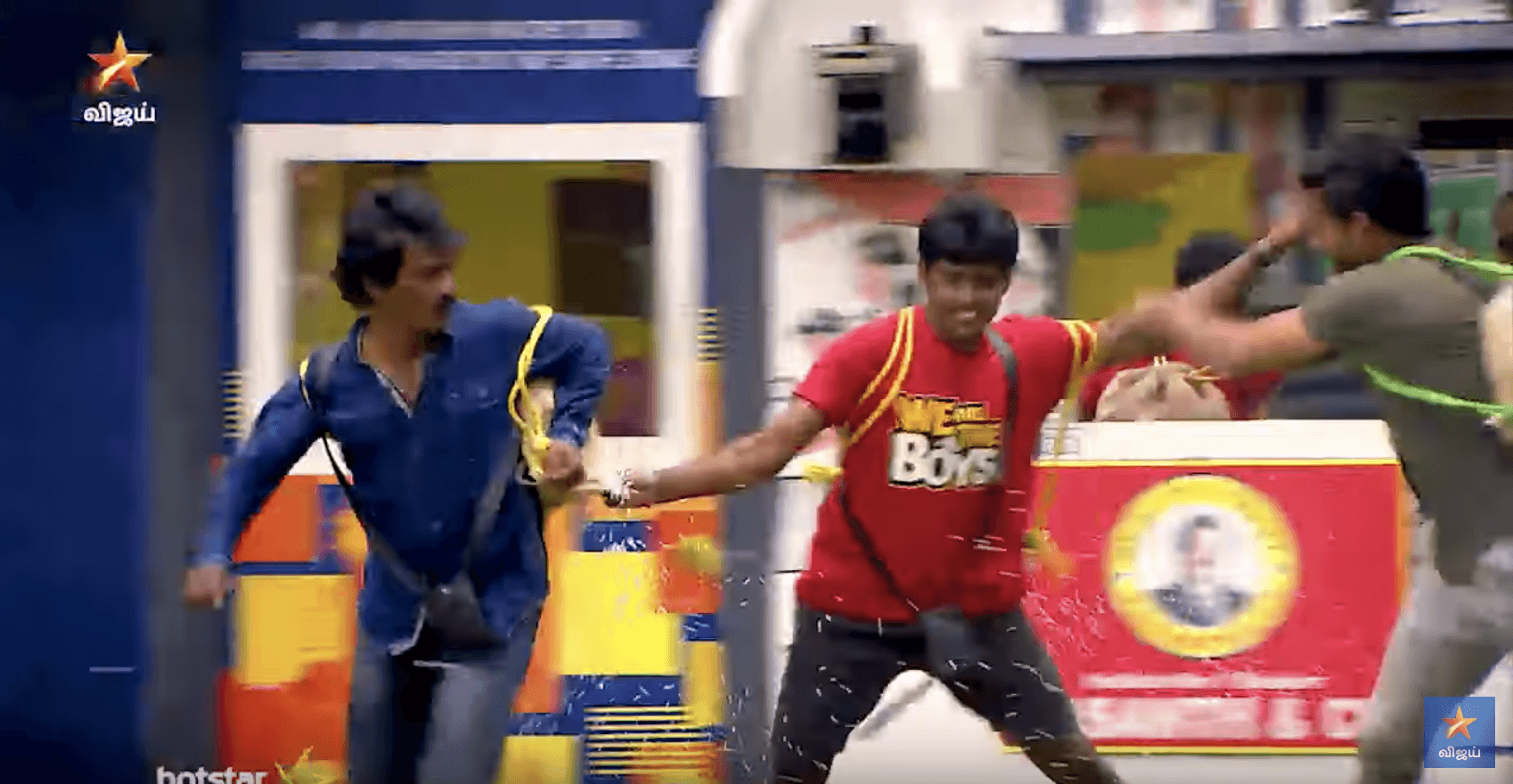 Bigg Boss season 3 Tamil Day 87 September 18 starts with a game where contestants are running and circle and pulling each other to win the race. We see Tharshan running first without pulling anyone while Kavin on the other hand doing foul play by pulling Tharshan to win the race.


While Kavin used to say I want my friends to win we see him doing foul play by pulling Tharshan which contradicts his statements. Losliya was seen supporting Kavin saying everyone did it, Tharshan specifically pointed out Kavin and how he did it while the others were playing it properly. So did Kavin do foul play? Comment below.