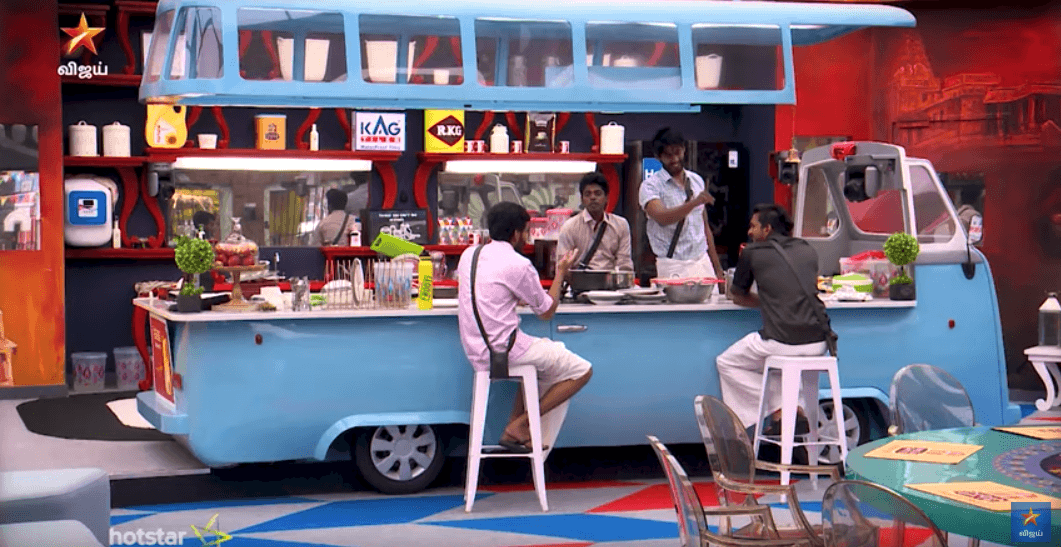 We saw in the previous video how Kavin was mocked by Sandy during the villupaatu challenge, while everyone including Losliya was laughing at him. The boys gang seem to continue mocking Kavin where Sandy again lead the gang making fun of Kavin when he asked for safety pin to help Losliya.

Looks like Sandy is playing a game to eliminate Kavin the same way he did to eliminate Madhumitha from Bigg Boss two weeks ago. The boys Mugen, Tharshan have joined him and are making Kavin a laughing stock. Will Kavin get agitated and fight with the gang. What would be Losliya’s reaction for all these? We have to watch tonight episode. Let’s hope it gets better as this week was a bit off in terms of Bigg Boss housemates.