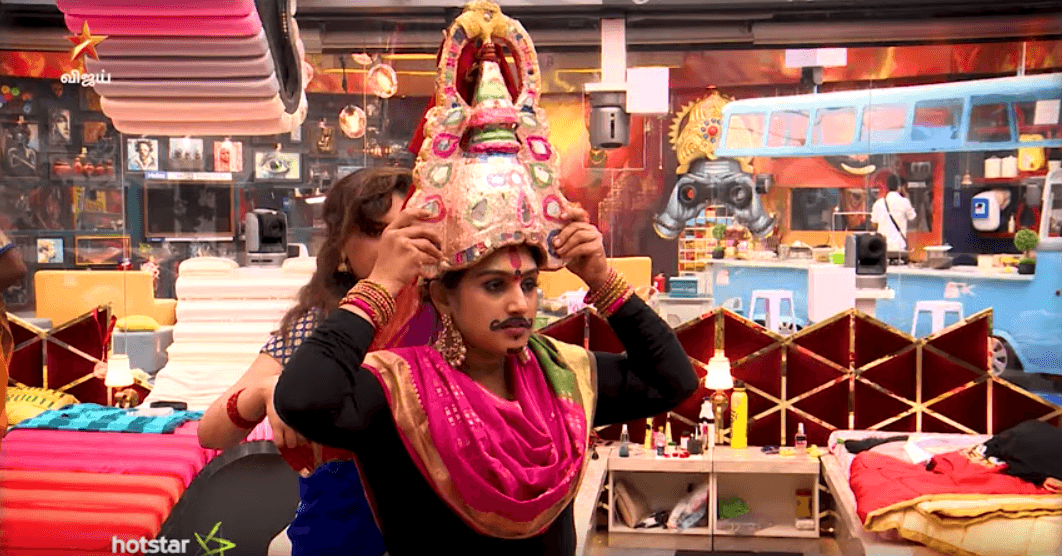 Bigg Boss season 3 Tamil August 28 promo video released by Vijay Tv, This is the day 66 and the housemates are still continuing the Village task and today they’re learning to perform Therukoothu from which dramas and cinemas evolved. Credits to Vijay Tv for showing viewers the importance of such ancient arts and for giving those poor Therukoothu artists some form of exposure on a prime show.


Bigg Boss season 3 was under scanner and criticism for the past few weeks due to the amount of glamour and unwanted fights which were destroying Tamil culture and tradition, this welcome change has been applauded widely by audience in social media. So the housemates learn the art and Vanitha team was asked to perform an act. She dresses herself as Yamadharma Raja while Losliya dressed as Chithrakupthan makes the act really funny. Losliya during her act pushes Sandy and he fell down on the ground, we are not sure if this is part of act or did he get a real hit on the ground.

Cheran was excelling the task dressed in red outfit and singing like the announcer of Therukoothu. We get to hear about the struggles of these artists which makes us sadder and the housemates are seen crying too. Let’s hope the task ends in a happy note and see who wins it. Which team would win comment below?