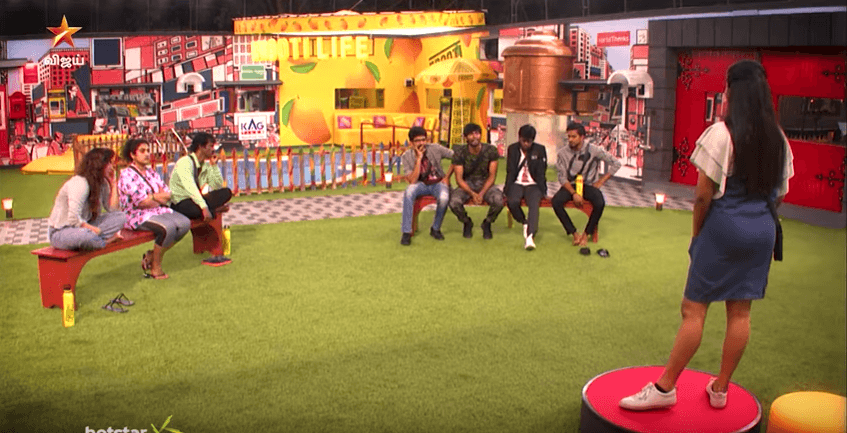 This is the most interesting promo video of all the three promo videos of Bigg Boss Season 3 Tamil August 27, 2019. In this video Losliya is questioned by Tharshan regarding backstabbing of Cheran last week by nominating the so called father figure. He asks why did she cry after nominating Cheran and if she cannot withstand this how can she move to finals.


Losliya said she told Cheran she will not nominate him the previous night but went on to nominate him for elimination after talking with Kavin and hence she cried over that. Cheran using that opportunity confronted her if she got influenced by someone else to nominate him and Kavin got stunned by this confrontation as Losliya was not able to answer it.

Will Losliya accept the fact that Kavin influenced her to nominate Cheran? Will there be more twists in tale? Let’s wait for tonight’s episode. Here is the promo video