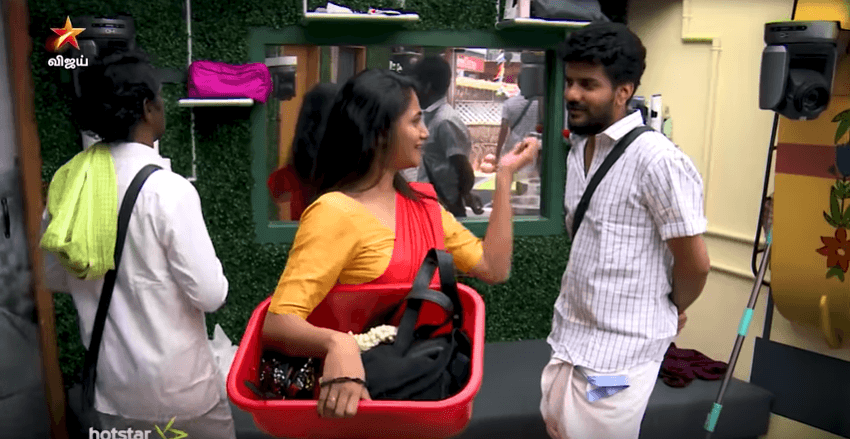 Bigg Boss Season 3 Tamil August 27, 2019 promo video is out, it shows the Housemates are handed a new task now. This would be part of their luxury budget task. The housemates are split into two villages and each individual is responsible for a specific task in the village. Sandy, Losliya, Vanitha and Mugen are part of a village while Cheran, Kavin, Tharshan, Sherin are part of another village. Cheran who is known for taking village movies excels in his role, even warns Losliya not to come and mingle with Kavin.

Losliya jokingly says Kavin was pulling her hand and they both romances, Cheran warns Losliya saying she is part of the other village. Let’s hope we get to see more cute romance moments between them as part of the task. What about Sherin and Tharshan, do they get time to romance like the other couple, lets wait and watch. What you guys think about this promo video share your views.