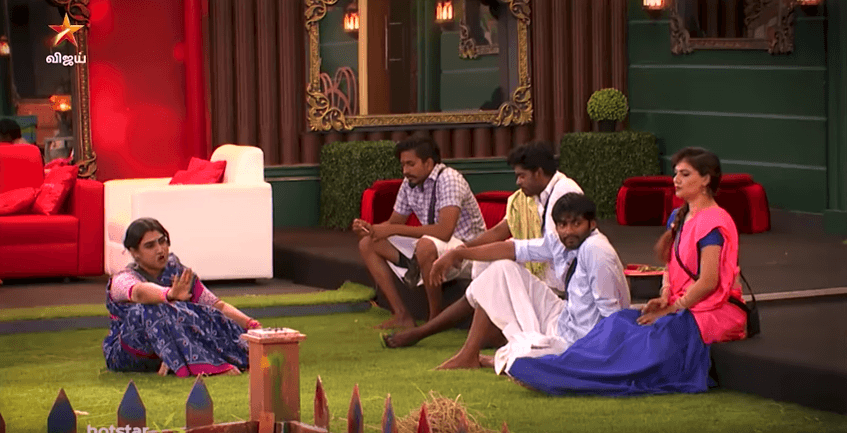 Bigg Boss Season 3 Tamil was lacking any sensation this week and suddenly Vanitha is back with a bang, this week’s village task house mates are divided into two groups with Vanitha leading one group and Cheran leading the other. Both groups are part of two different villages, Losliya belongs to Vanitha’s group while Kavin belongs to Cheran’s group. Vanitha couldn’t tolerate Kavin and Losliya’s romance and started hitting Losliya in a humorous manner.


Vanitha started mocking them both and even said the two families will lose their pride and people will laugh at them. She was saying everything in a humorous way but it had the buzz and sting to that. She said Losliya can go back home saturday when Kamal Hassan shows up for which everyone laughed. Cheran suggested that Kavin should be separated by sending him to some foreign country for work while Vanitha said it’s better to send them packing home. Everyone including Sherin laughed at her words.

Did Losliya and Kavin get hurt by Vanitha’s words? We have to wait and watch tonight’s episode.

Is Nizhalgal Ravi participating in Bigg Boss 5 Tamil as a contestant?